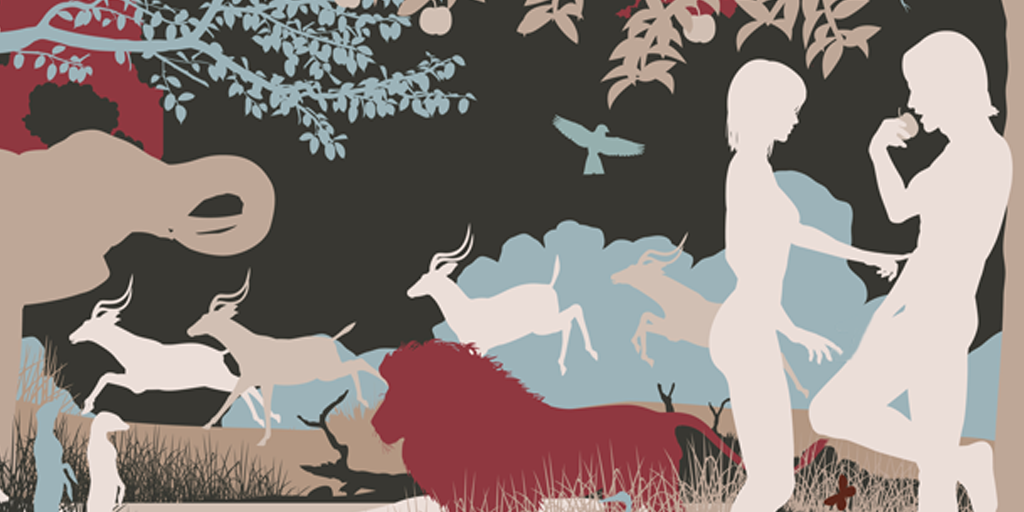 Critical scholars generally consider the first chapters of Genesis to be myth, not history. They point to the poetic nature of the text, the parallel of the early chapters of Genesis to other ancient myths, the alleged contradiction of the text with evolution, and the late date for Adam in the Bible (ca. 4000 B. C.) which is opposed to scientific dating that places the first humans much earlier. All of this they consider as evidence that the story of Adam and Eve is mythical. However, the Bible presents Adam and Eve as literal people, who had real children from whom the rest of the human race descended (cf. Gen. 5:1f.).

There is good evidence to believe that Adam and Eve were historical persons. First, Genesis 1-2 presents them as actual persons and even narrates the important events in their lives. Second, they gave birth to literal children who did the same (Genesis 4-5). Third, the same phrase (“this is the history of”), used to record later history in Genesis (for ex­ample, 6:9; 10:1; 11:10, 27; 25:12, 19), is used of the creation account (2:4) and of Adam and Eve and their descendants (Gen. 5:1). Fourth, later Old Testament chronologies place Adam at the top of the list (Gen. 5:1; 1 Chron. 1:1). Fifth, the New Testament places Adam at the beginning of Jesus’ literal ancestors (Luke 3:38). Sixth, Jesus referred to Adam and Eve as the first literal “male and female,” making their physical union the basis of marriage (Matt. 19:4). Seventh, the book of Romans declares that literal death was brought into the world by a literal “one man”—Adam (Rom. 5:12, 14). Eighth, the comparison of Adam (the “first Adam”) with Christ (the “last Adam”) in 1 Corinthians 15:45manifests that Adam was understood as a literal, historical person. Ninth, Paul’s declaration that “Adam was first formed, then Eve” (1 Tim. 2:13-14) reveals that he speaks of real persons. Tenth, logically there had to be a first real set of human beings, male and female, or else the race would have had no way to get going. The Bible calls this literal couple “Adam and Eve,” and there is no reason to doubt their real existence.

The Poetic Nature of Genesis 1

Despite the common assumption to the contrary and the beautiful language of Genesis 1 and 2, the creation record is not poetry. Although there is possible parallelism of ideas between the first three and last three days, this is not in the typical form of Hebrew poetry, which involves couplets in parallel form. A comparison with the Psalms or Proverbs readily shows the difference. Genesis 2 has no poetical parallelism at all. Rather, the creation account is like any other historical narrative in the Old Testament. The account is intro­duced like other historical accounts in Genesis with the phrase, “This is the history of…” (Gen. 2:4; 5:1). Jesus and New Testament writers refer to the creation events as historical (cf. Matt. 19:4; Rom. 5:14; 1 Cor. 15:45; 1 Tim. 2:13-14). The Ebla tablets have added an early nonbiblical witness of a monotheistic ex nihilo creation.

The Genesis creation account contradicts macro-evolution. Genesis speaks of the creation of Adam from the dust of the ground, not his evolution from other animals (Gen. 2:7). It speaks of direct immediate creation at God’s command, not long natural processes (cf. Gen. 1:1, 3, 6, 9, 21, 27). Eve was created from Adam; she did not evolve separately. Adam was an intelligent being who could speak a language, study and name animals, and engage in life-sustaining activity. He was not an ignorant half-ape.

However, granted that the Genesis record conflicts with macroevolution, it begs the question to affirm Genesis is wrong and evolution is right. In fact, there is substantial scien­tific evidence to critique macroevolution on its own merits.

The traditional biblical date for the creation of Adam (ca. 4000 B.C.) is much too late to fit the fossil evidence for early human beings, which ranges from tens of thousands to hundreds of thousands of years. The early date for humankind is based on scientific dating and analysis of bone fragments.

However, there are false or challengeable assumptions in this objection. First, it is assumed that one can simply add all the genealogical records of Genesis 5 and 11 and arrive at an approximate date of 4000 B.C. for Adam’s creation. But this is based on the false assumption that there are no gaps in these tables, which there are.

This objection also assumes that the dating method for early human-like fossil finds is accurate. Yet these dating methods are subject to many variables including the change in atmospheric conditions, contamination of the sample, and changes of rates of decay.

It assumes that early human-like fossil finds were really human beings created in the image of God. But this is a questionable assumption. Many of these finds are so fragmentary that reconstruction is highly speculative. The so-called “Nebraska Man” was actually an extinct pig’s tooth! Identification had been based on a tooth. “Piltdown Man” was a fraud. Identifying a creature from bones, especially bone fragments, is extremely speculative.

There may have been human-like creatures that were morphologically similar to human beings but were not created in the image of God. Bone structure cannot prove there was an immortal soul made in God’s image inside the body. Evidence for simple tool making proves nothing. Animals (apes, seals, and birds) are known to use simple tools.

This objection also assumes that the “days” of Genesis were twenty-four-hour solar days. This is not certain, since day in Genesis is used of all six days (cf. Gen. 2:4). And “day seven,” on which God rested, is still going on, thousands of years later (cf. Heb. 4:4-6).

It is impossible to affirm that Genesis is not historical. In fact, given the unproven as­sumptions, the history of misinterpretation of early fossils, and the mistaken assumption that there are no gaps in the biblical genealogies of Genesis 5 and 11, the arguments against the historicity of Adam and Eve fail.

A. Custance, Genesis and Early Man

R. C. Newman, Genesis and the Origin of the Earth