Were the Days of Creation 24 Hours Long? The Continuation of Day Seven 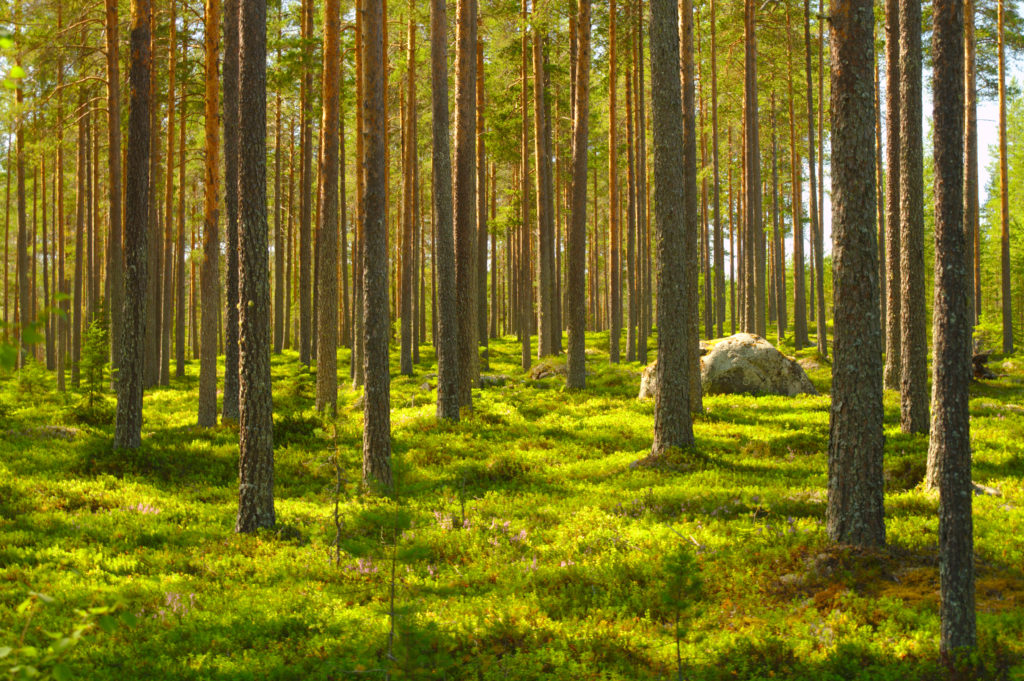 Having examined Moses’ construction of the first six days of creation, let us now turn our attention to the seventh day when God rests from His labor. One of the striking features of this day is its lack of closure. Unlike the first six days, day seven has no concluding refrain about this day drawing to an end (“and there was evening and there was morning, ______ day”). As readers, we are left wondering why Moses breaks here from his standard pattern. Why does he not depict this day drawing to a close? Has it not yet ended? Were the days of creation 24 hours long?

While this is only hinted at in Genesis 2, the author of Hebrews confirms that this is the case. God is still on His seventh-day, Sabbath rest.

This has great significance for how we understand the timing of Genesis 1 and 2. If it is true that day seven is still ongoing (and not a 24-hour day), then why should we assume the first six days must be 24-hour days?

Here we find another indicator that Moses is using “days” loosely and not intending them to convey 24-hour segments.

Let’s look at this passage in Hebrews which confirms the ongoing nature of God’s seventh-day, Sabbath rest.

Hebrews 4:1-11 provides the most extended engagement with this topic. I encourage reading it in its entirety, but let me summarize several of its key points.

In this section, the author urges his readers to enter God’s rest and not to fall short like the generation in the wilderness: “Since the promise to enter his [God’s] rest remains, let us beware that none of you be found to have fallen short” (4:1).[1]

This promise “to enter His rest” implies that God’s rest is a present reality. It “remains” for us to share in today. The call here is not merely to commemorate something God did in the past; it involves participating in it as an ongoing reality.

The author explains that we do this through faith: “we who have believed enter the rest” (4:3).

So, what exactly is this rest that we are invited to participate in? The author explicitly tells us: it is the rest which God entered on the seventh day of creation, a rest which has not ended since the foundation of the world.

“His works have been finished since the foundation of the world. For somewhere he has spoken about the seventh day in this way: ‘And on the seventh day God rested from all his works’”(4:3-4; citing Genesis 2:2).

The author of Hebrews goes on to refer to it as “a Sabbath rest” (4:9), a ceasing from one’s works.  Just as God has been resting from His finished works since the foundation of the world, we too are invited to rest from our own works: “For the person who has entered his rest has rested from his own works, just as God did from his” (4:10).

Although God declared to the wilderness generation who did not believe, “They shall never enter my rest” (Hebrews 4:3, 5; citing Psalm 95:5, 11), the author of Hebrews contends with his readers that the promise of entering God’s rest remains. He writes,

“Therefore since it still remains for some to enter that rest, and since those who formerly had the good news proclaimed to them did not go in because of their disobedience, God again set a certain day, calling it ‘Today.’ This he did when a long time later he spoke through David, as in the passage already quoted:

‘Today, if you hear his voice,
do not harden your hearts.’

The author argues that the promise of entering God’s rest extends beyond settling the Promised Land in Joshua’s day (a “rest” commonly spoken of in passages like Joshua 1:13; 21:44). Its reality supersedes this faint picture. He notes how David, in Psalm 95, treats it as a promise which is still available “today.” A “today” which the author of Hebrews finds us still in: “encourage each other daily, while it is still called ‘today’” (Hebrews 3:13).

Overall, Hebrews treats the God’s seventh-day, Sabbath rest as an ongoing reality. It emphases three times that this rest “remains” (verses 1, 6, 9) for us “today.” Pertinent to our discussion is the fact that both God’s seventh day of rest and the offer of entering it “today” (ha-yom “the-day” in Psalm 95 signifying “today”) are ongoing realities. Neither of these “days” are treated as 24-hour timeframes. Rather they span thousands of years. With this in view, we should be slow to assume the first six days were referencing 24-hour segments.

Go Deeper on if the Days of Creation 24 Hours Long

[1] All of these citations of Scripture are taken from the CSB.

In order to discern which of these two readings Moses intended, we need to turn to the text. However, depending upon which English translation one looks at, they may arrive at different conclusions. Because of this, it is helpful to examine how this phrase was constructed in its original language as well as how various English translations came about. Here is a brief summary.

The Hebrew Masoretic Text and the Greek Septuagint (an ancient translation of the Hebrew text) record something like this when translated rigidly into English (I will place brackets around each Hebrew word and present them in their exact order):

When the Latin Vulgate came along, it translated the phrase something like this:

In 1530, William Tyndale translated the Pentateuch (Genesis – Deuteronomy) into English. His translation served as the first English translation since the start of the renaissance (a time noted for its return to the original languages and the invention of the printing press which could produce Bibles much more abundantly).[1] Although the exact sources Tyndale used for Genesis is uncertain (he likely drew upon a variety of them), his translation of this phrase appears to be based upon the Vulgate. Here is how he translates it:

“and so of the evenynge and mornynge was made the fyrst daye.”

“So the evening and the morning were the first day.”

The Revised Version in 1884 was the first English translation to depict the original Hebrew phrasing rather than that of the Latin Vulgate,

A focus on the original Hebrew phrasing is now reflected in most modern English translations such as the NASB, ESV, CSB, NIV, and NLT. Here is how the NIV puts it:

The point of this brief history is to show how the Vulgate along with the early English translations and into the King James Versions have shaped the church’s interpretation of this phrase. They have generally instilled the idea that Moses defined the days as a composition of evening and morning.  However, when one analyzes this phrase in Hebrew (its original language), there are strong reasons to interpret it as two distinct events which separate the night from God’s workday.

The text presents two, distinct, mainline verbs which move the story forward (“and there was… and there was”). As you may remember, unlike English, Hebrew narrative uses verbal forms to distinguish between mainline events and background information. The form used here (the wayyiqtol) presents these verbs as mainline events. If Moses wanted us to read this phrase as background information with him pausing to define what composed each day, he would have used a different verbal form. However, Moses indicates that we are to approach these as two mainline events.

Why does Moses choose the terms Evening and Morning?

“You make the sunrise and the sunset shout for joy” (NASB).

If defining a day was Moses’ goal, why does he mention the transitional times rather than the entities “day” and “night” that God defined on day one.

Moses’ choice of transitional terms best aligns with the interpretation that he is recalling the closing of a workday (evening) and the reopening of the following workday (morning).

Moreover, why does Moses mention them in the order of evening and then morning?

Some suggest that beginning with “evening” reflects how the account opens in verse 2 with the statement, “darkness was over the surface of the deep.” However, if this were the case, one would expect the word “night” rather than “evening” since evening describes a transition from light to darkness (think sunset rather than darkness itself). Since light did not even exist until day one had already begun, it seems odd to consider it beginning with “evening” – a transition of light to darkness. It is far more fitting to interpret “evening” as the closure of this day rather than its start. Here we find further support for interpreting the phrase as the workday’s conclusion rather than its composing elements.

Why doesn’t Moses depict the cycle of a full day like he does elsewhere?

If Moses wanted to define an entire 24-hour day here, why didn’t he employ his standard phrasing for a 24-hour cycle: “evening to evening” or possibly “morning to morning.” This is what we find elsewhere regarding his mention of 24-hour cycles. For example, when God had Moses establish the 7-day Festival of Unleavened Bread in Exodus 12:18, He says it is be, “from the evening of the fourteenth day until the evening of the twenty-first day. For seven days . . .”  Similarly, it was “From the evening . . . until the following evening” that God had the Israelites cease from their work as they celebrated the Day of Atonement (Leviticus 23:32). I could not find any instance of “evening” and “morning” being used to define a 24-hour cycle. Daniel 8 gets the closest to this, but here the phase is still not claiming that a span of 24 hours is composed of evening and morning.

“For 2,300 evenings and mornings; then the sanctuary will be properly restored” (NASB).

Let me give an example. My dad and his siblings grew up distinguishing between “dark sleeps” (overnight) and “light sleeps” (naps). They would count down the days until a special event by referring to a certain number of “dark sleeps”: “Only three more dark sleeps until we go camping!” The implication would be that there were roughly three days until they would go camping. However, one would be mistaken to conclude from this that a dark sleep spans 24-hours or that a day is composed of one dark sleep.

The same idea is going on here. To claim that Daniel uses “evenings and mornings” as a depiction of a 24-hour day moves beyond what the text is claiming.

Thus, this phrase in Genesis 1 is not depicting a timespan of 24-hours, but rather the passing of a night (evening to morning). This is evidenced by Moses consistently using other phrases when referencing a complete day (like “evening to evening”) and the fact that the passing of “evening” and “morning” are never used to define a day. They merely reference two transitional portions in the day when one stops working and then wakes up to start working once again.  As one examines Moses’ construction of this passage, it becomes clear that He is depicting God going about creation in the same way we go about our workweek.

[1] Before Tyndale there were a few Old-English translations – most of which English speakers today would not be able to understand (like the Old-English Hexateuch by Ælfric of Eynsham from around AD 990). The first full English Bible was translated by Wycliffe in 1382. Wycliffe’s translation was based entirely upon the Latin Vulgate, the only source text available to him. Here is how he translates this phrase, “And the euentid and morwetid was maad, o daie.” Although many of Wycliffe’s phrases were carried on in subsequent translations, it was Tyndale’s more precise wording that influenced the translation of this passage going forward. In general, it is hard to overstate Tyndale’s influence on English translations. In fact, more than 75% of the 1611 King James Bible was directly taken from Tyndale. Thus, for simplicity sake, I have chosen to focus on Tyndale’s influence above.