Questions about AD Explored Episode 2 – The Body Is Gone 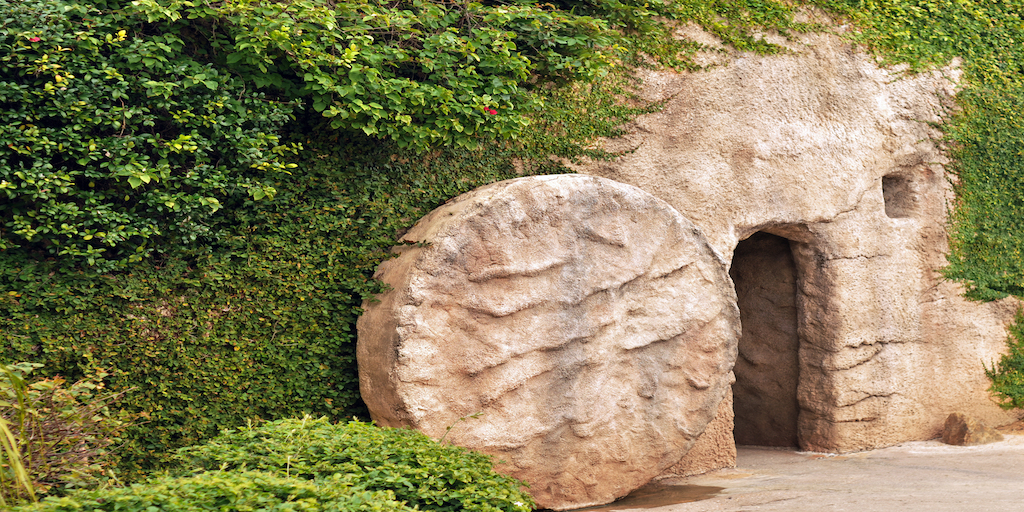 Mark Burnett and Roma Downey’s television series A.D. continued this week with episode 2 “The Body Is Gone.” We asked for your questions. The following are brief responses to top questions. Let’s learn more about AD Explored Episode 2.

Find video clips related to this episode and additional resources at http://www.jashow.org/ad-series.

A.D. portrays Joseph of Arimathea as a Pharisee. Is this true?

Mark 15:43 calls him “a prominent member of the Council,” referring to the 70-member Jewish Sanhedrin. It is not specifically mentioned whether Joseph was a Pharisee or Sadducee, but he was likely a Pharisee who believed in a future resurrection, something that was important regarding his faith in Jesus.

In fact, Luke 23:51 says Joseph, “was waiting for the kingdom of God.” This further strengthens the case Joseph was likely a Pharisee, fitting the portrayal show in A.D.

What was the significance of Jesus asking Peter three times if he loved Him? Was this to undo the curse Peter placed on himself?

In John 21:15-19 we read the account of Jesus reinstating Peter to ministry:

When they had finished eating, Jesus said to Simon Peter, “Simon son of John, do you love me more than these?”

Again Jesus said, “Simon son of John, do you love me?”

He answered, “Yes, Lord, you know that I love you.”

The third time he said to him, “Simon son of John, do you love me?”

Peter was hurt because Jesus asked him the third time, “Do you love me?” He said, “Lord, you know all things; you know that I love you.”

Jesus said, “Feed my sheep. Very truly I tell you, when you were younger you dressed yourself and went where you wanted; but when you are old you will stretch out your hands, and someone else will dress you and lead you where you do not want to go.” Jesus said this to indicate the kind of death by which Peter would glorify God. Then he said to him, “Follow me!”

Why did Jesus ask Peter three times? Though many interpretations exist, the most likely explanation is that Jesus offered Peter three times to reaffirm his commitment to Him following Peter’s three denials of Jesus on the night of His arrest. Just as Peter denied Jesus three times, he then affirmed his love for Jesus three times and was restored to ministry as the key leader at the beginning of the Christian movement.

Do you feel Peter had to compensate for his lack of faith in Jesus?

Peter certainly expressed remorse for denying Jesus three times on the night of His arrest. Luke 22:62 states, “And he went outside and wept bitterly.” However, we are also told Peter saw Jesus on multiple occasions following the resurrection. He would have certainly expressed His faith prior to his restoration in John 22:15-19.

When Jesus asked Peter three times if he loved Him, Peter was given an opportunity to respond three times to express his complete allegiance to Jesus. In fact, Jesus immediately follows this restoration by saying, “Very truly I tell you, when you were younger you dressed yourself and went where you wanted; but when you are old you will stretch out your hands, and someone else will dress you and lead you where you do not want to go” (John 21:18). John added that, “Jesus said this to indicate the kind of death by which Peter would glorify God” (v. 19). This restoration also included a prediction of how Peter would ultimately give his life because of following Jesus.

Interestingly, this likely also indicates when the Gospel of John was written. John would have written the book before his own death, yet likely following Peter’s death to confirm what had happened to Peter was a prediction made by Jesus.

Since Peter died during the persecution of Christians by Nero in Rome during the mid-60s (c. 65-67) and John died by the end of the first century, we can confidently state the book was composed between the mid-60s and 90s (many scholars further propose a more narrow date in the 80s).

What really happened to the historical Caiaphas?

The important role of Caiaphas in A.D. has created an interest regarding the real history of this important Jewish leader. In the New Testament Caiaphas was clearly involved in the trial of Jesus. He is also noted as the son-in-law of Annas (John 18:13). Following the start of the church, Peter and John also appeared before Caiaphas in Acts 4 after healing a disabled man.

In 1990 an ossuary (bone box) was discovered in Jerusalem that read “Joseph son of Caiaphas” in Aramaic, though its authenticity has been disputed. A second ossuary called the Miriam ossuary also includes the name of Caiaphas and has been proposed as a possibility. His cause of death is unknown. The approximate date of his death is based on the 36 date listed by Josephus.

Why was the empty tomb important?

Episode two focuses on the empty tomb and its implications. History reveals the following essential facts:

What is the best explanation of these facts? Just as Peter said, “But God raised him from the dead, freeing him from the agony of death, because it was impossible for death to keep its hold on him” (Acts 2:24).

The Bible declares the tomb is empty. Jesus is alive. The future episodes of A.D. will show what happened after this important event that continues to impact our lives today.