What Does the Bible Say about Divorce? 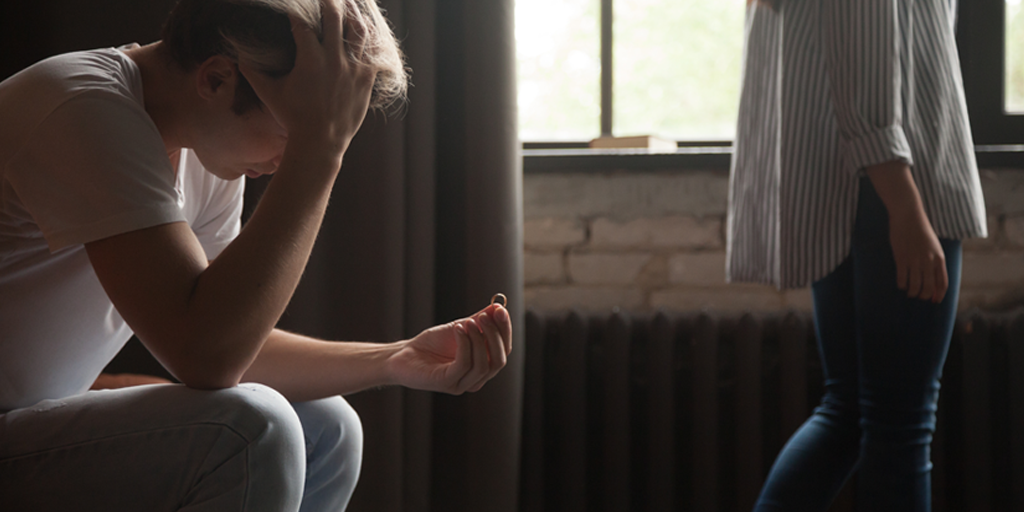 What Does the Bible Say about Divorce?

Divorce is a sensitive and serious topic within our culture. Believers who desire to follow God’s plan for marriage and divorce want to know what the Bible teaches about this topic. What does the Bible teach about divorce?

First, God’s ideal desire is for lifelong marriage between one man and one woman.

Jesus recognized this view in Matthew 19:8-6: “So they are no longer two, but one flesh. Therefore what God has joined together, let no one separate.”

Jesus noted in Matthew 19:8: “Moses permitted you to divorce your wives because your hearts were hard. But it was not this way from the beginning.”

Sometimes divorce occurs, though this is not God’s ideal desire for marriage. Our fallen world and the sinfulness of people sometimes leads to this unfortunate result.

Third, Scripture notes some specific occasions when divorce is permissible.

When a spouse is sexually unfaithful, divorce is permitted.

Jesus specifically mentions one permissible reason for divorce in Matthew 19:9: “I tell you that anyone who divorces his wife, except for sexual immorality, and marries another woman commits adultery.”

The term translated “sexual immorality” is porneia, a general term for sexual unfaithfulness (though not to be confused with the English word “pornography”). Most understand this as referring to sexual relations with another person who is not one’s spouse.

How does the New Testament define “sexual immorality”? In the first century Jewish context of Jesus, that would have included other sexually-related acts such as sexual abuse, sexual assault, and anything physically related to sexual acts. In other words, a Jewish man in the first century would have been considered sexually immoral for kissing another man’s wife or a sex act with a child, oral sex, or other similar activities.

However, it is also important to note that divorce is not required when a spouse is sexually unfaithful. Some marriages can survive and thrive after infidelity, though this is not always the case.

A believer can divorce an unbelieving spouse when the other person abandons the marriage.

In 1 Corinthians 7:15, Paul wrote, “But if the unbeliever leaves, let it be so. The brother or the sister is not bound in such circumstances; God has called us to live in peace.”

This category leads to further discussion, however, as some people who claim to be a believer in Jesus live in ways that clearly oppose Christian teachings.

The most obvious example of this category is domestic violence or abuse. Should a spouse seek a divorce in such cases?

The Bible does not give an explicit answer, but does offer guidelines to proceed in this case. First, anyone who undergoes domestic violence should immediately report it to law enforcement (Romans 13:4).

Second, a Christian who undergoes abuse should report the incident to his or her church leadership. Matthew 18:15-20 provides the biblical steps for dealing with sin in the church. If the spouse committing abuse refuses these steps, he or she is to be considered “as a pagan or a tax collector” (Matthew 18:17). In other words, as someone who is not a believer in Christ.

Under these conditions, an abusive situation may lead to a divorce based on explicit biblical guidelines as the unbeliever would be considered as abandoning the marriage through abusing one’s spouse and subsequent arrest.

One final area of consideration must be mentioned regarding the apostle Paul’s words in 1 Corinthians 7:10-11: “To the married I give this command (not I, but the Lord): A wife must not separate from her husband. But if she does, she must remain unmarried or else be reconciled to her husband. And a husband must not divorce his wife.”

If a Christian woman chooses to leave her husband for some other unspecified reason, she is called to remain unmarried or be reconciled to her husband. However, husbands are called to a higher standard in which they are not given the same unspecified opportunity to divorce a wife.

Though there is some dispute among interpreters regarding this passage, there are cases in which women have found peace with God in separating or divorcing an abusive or demeaning spouse and remaining single based on this passage.

In all cases, believers are encouraged to reconcile with their spouse when possible, seek God’s help through prayer, and seek help among Christian friends. In some cases, counseling or even legal assistance may also be necessary to handle difficult situations within a marriage.

We are called to do what we can to live a godly life and marriage. Even in difficult situations, we can seek wisdom from God’s Word regarding marriage and divorce, knowing His will is best.