Christmas Through the Eyes of Simeon 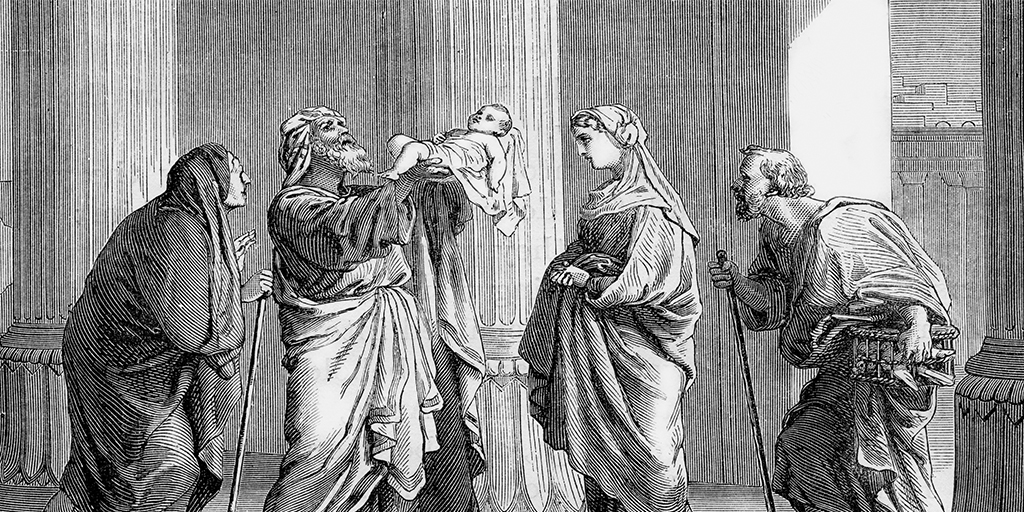 Simeon is often left out of the Christmas story. He did not visit baby Jesus in the manger. He received no visit from angels. He did not arrive with gifts like the wise men from the east. Yet his role stands as vital in the unfolding fulfilment of biblical prophecy regarding Jesus as the coming Messiah.

Now there was a man in Jerusalem called Simeon, who was righteous and devout. He was waiting for the consolation of Israel, and the Holy Spirit was on him. It had been revealed to him by the Holy Spirit that he would not die before he had seen the Lord’s Messiah.

In this introduction to Simeon, we discover the following traits:

Verse 27 adds another trait; Simeon was, “Moved by the Spirit.” God led Simeon into the temple courts at the exact time Joseph and Mary had brought Jesus to fulfill the purification rites of the Jewish law.

When Simeon found the family, he held Jesus in his arms. His promise had been answered. He was looking into the eyes of the Messiah with his own eyes!

As he held Jesus, Simeon praised the Lord, quoting from the prophet Isaiah:

“Sovereign Lord, as you have promised,
you may now dismiss your servant in peace.
For my eyes have seen your salvation,

which you have prepared in the sight of all nations:
a light for revelation to the Gentiles,
and the glory of your people Israel” (Luke 2:29-32).

Joseph and Mary were amazed at Simeon’s words (v. 33). Simeon’s account then ended with a final prediction to Mary: “This child is destined to cause the falling and rising of many in Israel, and to be a sign that will be spoken against, so that the thoughts of many hearts will be revealed. And a sword will pierce your own soul too” (Luke 2:34-35).

Jesus would grow up to divide many of the Jewish people. Some would believe and follow Him, while others would criticize and condemn Him. Mary would personally experience much grief, most likely referring to Mary watching her own Son die on the cross.

Simeon’s devout life and unique role provide many examples for our lives today. First, Simeon was known for a life fully committed to God, even in his later years. Unlike many Jewish leaders who stood that day unaware of being in the presence of the Messiah, Simeon was led by the Spirit to serve as part of the story of Jesus.

Second, Simeon praised God for sending baby Jesus as the promised Messiah. We often forget the infant in the manger is the same baby who grew up to be the Savior on the cross. As we celebrate His birth, we are to also remember why He ultimately came—to give His life for the forgiveness of sins.

Third, Simeon sought to be a blessing to Jesus and His family. Following Christ is not only about our own spiritual growth. We are redeemed by Jesus as part of a great global spiritual community of believers. We are called to serve as a blessing to others, both as we celebrate Christmas, and each day of our lives.

Simeon may often be neglected in the Christmas story, but his life can have great impact in our lives as we observe and apply how the Lord worked through him and can work in our lives today. This Christmas, remember to live like Simeon, who eagerly awaiting the coming of Jesus.