Why Are There So Many Church Denominations? 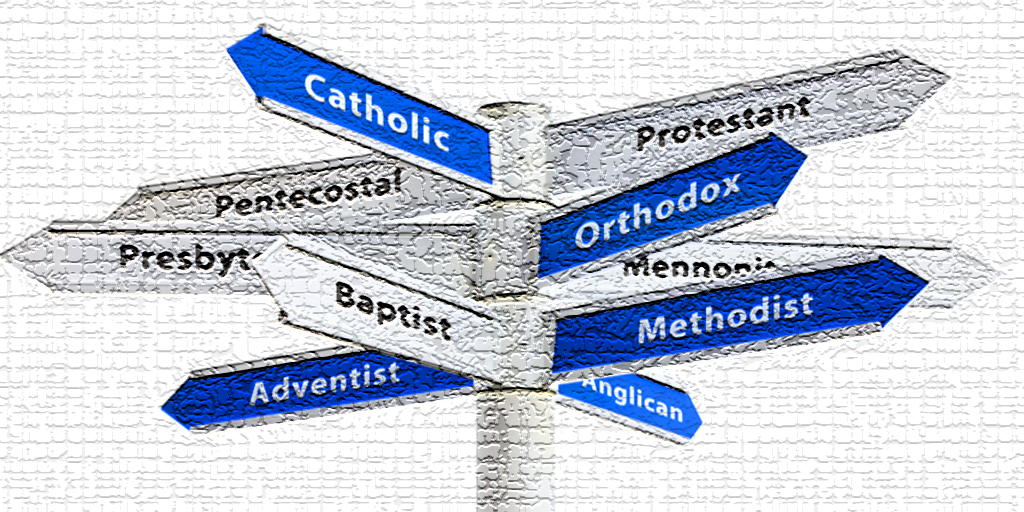 Why Are There So Many Church Denominations?

The church began as only one church in Acts 2:42-47 on the Day of Pentecost in Jerusalem. Their unity and influence clearly grew, soon expanding beyond their city. Within 300 years, Christianity became the official religion of the Roman Empire, in addition to its growth in other parts of the world.

However, this state church would eventually lead to traditions that caused some Christians and groups of believers to form new groups. One early major example was the Eastern Orthodox Church. It separated from the Roman Catholic Church regarding a division about the leadership of the Pope. They held to other Catholic traditions but did not accept the Pope as the official leader of the church.

Another major division took place over 500 years ago through Martin Luther and the Protestant Reformation in Europe. Separating from the Catholic Church over a variety of concerns expressed in Luther’s “95 Theses,” new churches and groups of churches formed based on the “Five Solas” of Christianity that emphasized salvation by grace through faith alone and the Bible as the sole authority for Christians.

Because these groups had no central leadership, multiple groups or denominations formed. Three main groups that developed during this time were the Lutheran church, Presbyterian church (mostly influenced by John Calvin) and the Anabaptist church (often known as Baptist churches today). Why Are There So Many Church Denominations today?

New Denominations Based on Church Growth

Since the 1700s, numerous denominations have formed. The reasons for these divisions are at times positive, and at other times negative. For example, some denominations were formed based on languages or nations. This was largely the result of new missionary activity that began during the 1800s and continues today. This was neither positive nor negative, but a natural consequence of expanding churches and ministries.

New Denominations Based on Theological Changes

New Denominations Based on Division

A third reason for new denominations has been division. This is a negative reason, as the Bible clearly calls believers to be united or “one” (John 17:21). In such cases, the church fails its mission to be the family of God, known for its love in and unloving world.

A fourth reason for new denominations has been the start of new church networks due to the charisma of a key leader. For example, Charles Wesley’s revival preaching sparked the creation of the Methodist Church.

However, some individuals starting new church groups have done so based on alleged new revelations from God. For example, the Mormon Church was founded on principles so different from Protestant Christianity that it was no longer considered a denomination, but a distinct religion. Jehovah’s Witnesses would also fit in this category.

The Growth of Non-Denominational Churches

In contrast with the numerous denominations of past generations, the past 50 years has experienced a surge of growth in non-denominational churches. These are churches that stand independent from any particular denomination.

In these cases, each church must be evaluated based on its own beliefs and practices. Some of these churches have also started their own networks, developing mini-denominations of their own without calling their movement a denomination.

Wrap Up on Church Denominations?

While not all denominations are the result of wrong motives, Scripture is clear our goal as followers of Christ is to be united in truth. Those churches that base their beliefs on Scripture and salvation by faith in Christ alone can stand together to show the world the practices found in the first church, offering an emphasis on God’s Word, fellowship, worship, and prayer that leads many new people to faith in Christ.