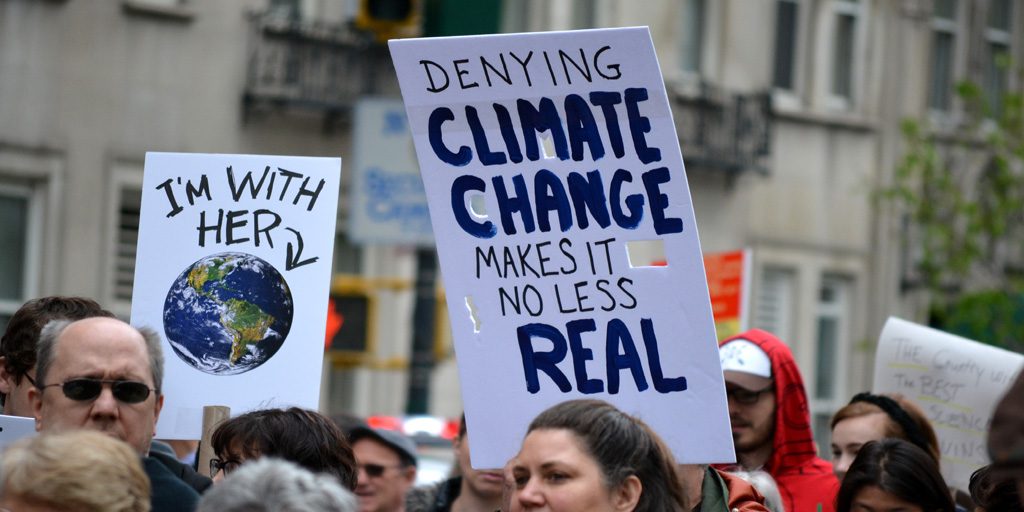 Our society is currently besieged by discussions of the worrisome topic of climate change. Earth’s climate has been dynamically changeable over the entire history of the planet. We have heard the term ‘cycles of change’ frequently with respect to virtually all human or natural events. The characterization of ‘change’ is neither good nor bad. It is intrinsically present in every phase of humanity’s experience. With respect to ever-occurring changes in our climate we are challenged to respond analytically and pass judgement even-handedly. Since the term climate change has been frequently substituted for global warming in the past few years, hopefully we find ourselves on the cusp of a more balanced discussion.

NAE leaders published an additional endorsement on climate change in 2015 entitled “Caring for God’s Creation—a Call to Action.” The endorsement was in solidarity with many evangelical leaders around the world. Its most significant pronouncement was a statement we have heard echoed by many secular politicians in our day: “Probably the most serious and urgent challenge faced by the physical world now is the threat of climate change.” This loaded statement is the backbone of the case made by secular progressive environmental activists of our day. Some well-known politicians have enlarged upon these inflated warning statements even further: Two current candidates for president of the United States have pronounced apocalyptic warnings for human survival—12 years, and 10 years respectively.

The hot button climate change issue is an extremely passion-producing topic. To complicate matters, it has become intertwined with politics. What is politically correct? Political loyalty conflates with personal ideology—a sensitive matter. Even more delicate is the assignment of morality or religious righteousness to our climate change response. What is our Christian responsibility? Religious people wish to be on the correct side of morality. Perhaps most important is the pressure to be scientifically correct. Does anyone wish to be scientifically incorrect? Politics and religion are recognized as personal, volitional choices, but endorsing climate change may have the strongest appeal to those who wish to be on the side of science. Science is recognized by many citizens as a ‘sure thing.’ Some suppress the concept that personal philosophy may influence scientific conclusions.

We ask readers to judge for themselves the pronouncements of two experts on the topic of climate change. Professor Richard Tol of Sussex University is professor of environmental economics with a particular interest in climate change. He has posited that warmer temperatures may do more good than harm. The present impact of climate change is relatively small (only 1.0ºC since 1900). This small amount of climate change did indeed raise human and planetary welfare during the 20th century. He claims that future climate change (temperature rise) would be beneficial up to 2.2ºC from present levels. Such temperatures would not be reached until the end of this century, given that temperatures are projected to rise 0.2ºC per decade at the present rate of increase.

Benefits from projected increased temperatures would be fewer winter deaths, lower energy costs, better agricultural yields, probably fewer droughts and likely, greater biodiversity. It is well known that the trace gas CO2 is the raw material from which all of the world’s plants make carbohydrates, proteins, and fats. Greenhouse operators sometimes pump CO2 into the air to raise growth rates. It has been shown that the slightly increased levels of CO2 have resulted in a noticeable 31% greening of Earth’s vegetated areas while only 3% of vegetated areas have become less green. Increased atmospheric CO2 is responsible. In the last 3000 years average Earth temperatures have varied within a range of 3ºC, including two natural cycles of cool temperatures and two cycles of warm temperatures. A USA Today article from 5/20/15 reported that cold conditions are 20 times more likely to cause fatalities than heat, worldwide.

Bjorn Lomberg, an economist conversant with climate issues, recently appeared on several television news interview shows. He states that, contrary to popular alarmism, people in our world are not dying from climate change. World deaths from weather related causes have dropped dramatically in the last 100 years. Deaths have been reduced 95% in the last century, notwithstanding that world temperatures have experienced a slow increase. Media focus on climate change should instead highlight medical problems such as diabetes, Alzheimer’s, suicide, or drug abuse. People espouse their favorite climate change ‘causes,’ including mitigation of atmospheric carbon by substituting renewable energy for fossil fuels. The trillions of dollars proposed for mitigation has been shown to be of insignificant effect on the CO2 content of our atmosphere decades in the future.

If US politicians wish to help poor countries we would be well advised to turn away from the carbon free crusade with its unsustainable costs and turn instead to helping those nations increase their opportunities for trade, improve their medical practices, and expand technology opportunities. Lomberg cites improving technology as a way to enable people to do more, not less, in order to enrich their lives. Forcing a carbon-free existence on the world’s poor nations would reduce their current living standard even more.

Climate change is one of the most polarizing topics of our age. The spectrum of positions on the topic has broadened considerably, especially in the last fifty years. We must be aware of the issues of climate change. If recurring changes in our climate are beneficial, we must accept them with gratitude to the Creator who cares deeply for humanity’s welfare. If some elements of climate change are truly harmful we should search for valid scientific solutions using the modern gifts of technology. In all cases we desire divine wisdom as our guide to action.