Do the Wise Men Belong in a Nativity Scene? 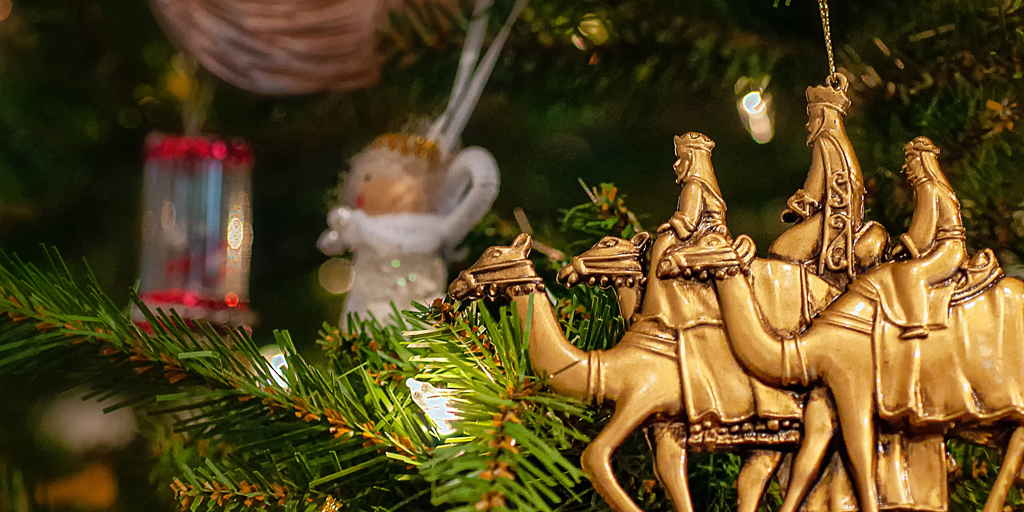 Question: Do the Wise Men Belong in a Nativity Scene?

My pastor says that it is “inappropriate” for the Wise Men to be included in our living nativity scene. That really bothers me, as we have always included them even when we had Christmas plays at church. Even the nativity scene which I put on a table in the living room of my house has the wise men as a part of the set which I purchased. Is my pastor wrong or am I missing something?

Verses 8, 9, and 11 offer the first clue. Notice in all three verses the word “child” is used rather than the word “baby” as found in Luke 2:16—the visit of the shepherds. The Greek word for “child” is “paidion” meaning “infant or young child,” while the word “baby” is “brephos” which can be translated “baby or infant.”

You might ask at this point, there doesn’t seem to be that much difference between these two passages—a baby or a child?

Let’s take into consideration one other piece of evidence found in Matthew 2. As you recall from the story, the Wise Men did not return to Jerusalem to report their findings to Herod. In verse 12 we read: “And having been warned by God in a dream not to return to Herod, they departed for their own country by another way.”

Herod was not a happy camper! Verse 16—”Then when Herod saw that he had been tricked by the magi, he became very enraged, and sent and slew all of the male children who were in Bethlehem and in all its environs, from two years old and under, according to the time which he had ascertained from the magi.”

Here is the possible time lapse: Herod had all of the boys, two and under, killed. It is very possible that Jesus was almost two years old by the time the Wise Men (or magi) came bearing gifts.

The second clue is found in the place of the Wise Men’s visit. You remember that Jesus was born in a manger—Luke 2:7. By the time the Wise Men visit the Christ Child, the young family is living (or staying) in a house. Matthew 2: 11—”And they came into the house and saw the Child with Mary His mother, and they fell down and worshiped Him….”

According to Scripture, this young family left the manger area and was staying in a house before their flight to Egypt. These clues are most helpful in our understanding of why your pastor is correct in his interpretation of Scripture. My feeling, however, is that the Wise Men will continue to be included in living nativity scenes and pageants. This will not cause Christ’s return to be any slower or quicker!

Thanks for a very good question.