Questions about A.D. Episode 4 – The Wrath 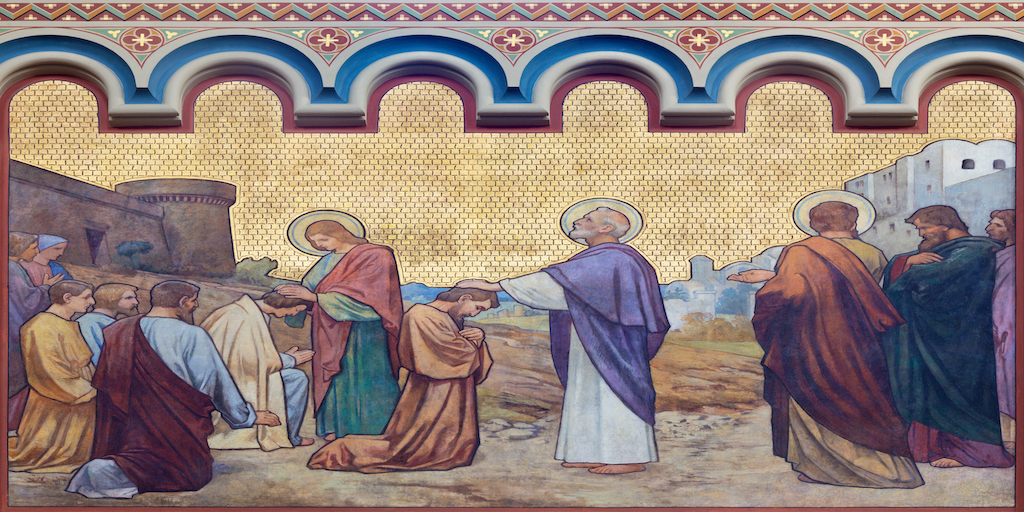 Mark Burnett and Roma Downey’s television series Exploring AD continued this week with episode 4 “The Wrath.” We asked for your questions. The following are brief responses to top questions.

Find video clips related to this episode and additional resources at Exploring A.D..

Did Ananias and Sapphira really fall down dead like in A.D.?

Now a man named Ananias, together with his wife Sapphira, also sold a piece of property. With his wife’s full knowledge he kept back part of the money for himself, but brought the rest and put it at the apostles’ feet.

Then Peter said, “Ananias, how is it that Satan has so filled your heart that you have lied to the Holy Spirit and have kept for yourself some of the money you received for the land? Didn’t it belong to you before it was sold? And after it was sold, wasn’t the money at your disposal? What made you think of doing such a thing? You have not lied just to human beings but to God.”

When Ananias heard this, he fell down and died. And great fear seized all who heard what had happened. Then some young men came forward, wrapped up his body, and carried him out and buried him.

About three hours later his wife came in, not knowing what had happened. 8 Peter asked her, “Tell me, is this the price you and Ananias got for the land?”

Peter said to her, “How could you conspire to test the Spirit of the Lord? Listen! The feet of the men who buried your husband are at the door, and they will carry you out also.”

At that moment she fell down at his feet and died. Then the young men came in and, finding her dead, carried her out and buried her beside her husband. Great fear seized the whole church and all who heard about these events.

The scenario is short and straightforward: Ananias and Sapphira sold a field, gave part of the money to the apostles, and pretended they had given all of it. They clearly lied to the apostles and the entire church.

Harsh judgment came upon both of them as a result. Further, we find the Holy Spirit referred to as God in this passage, affirming the Holy Spirit as the third Person of the Trinity.

The A.D. series adds others elements, but this core story remains as the essential theme of the episode.

How did Pontius Pilate die?

The historian Josephus recorded that Pilate committed suicide during the reign of Caius or Caligula:

It is worthy of note that Pilate himself, who was governor in the time of our Savior, is reported to have fallen into such misfortunes under Caius, whose times we are recording, that he was forced to become his own murderer and executioner; and thus divine vengeance, as it seems, was not long in overtaking him. This is stated by those Greek historians who have recorded the Olympiads, together with the respective events which have taken place in each period. (Flavius Josephus. Antiquities of the Jews, 18.4.2.)

How many people did Peter actually heal?

Peter likely healed some people during the time Jesus ministered (Luke 10). In Acts, Peter preached at Pentecost and 3,000 were baptized (Acts 2). Other noted miracles by Peter included:

Did Peter live in a camp like on A.D.?

Not likely. Though Peter’s home was in Capernaum, the early apostles likely stayed in the homes of friends and early believers in Jerusalem as they did in Acts 1.

Did Pilate really kill ten Jewish men in his search for the man who attempted to kill him?

This is not mentioned historically. Instead, it is an added storyline that shows Pilate as a ruthless leader out to destroy early Christianity.

Acts 4:3 simply reads, “They seized Peter and John and, because it was evening, they put them in jail until the next day.” They were released the next day after their trial. No record is made of the apostles being beaten at this time, though they were persecuted physically at other times.