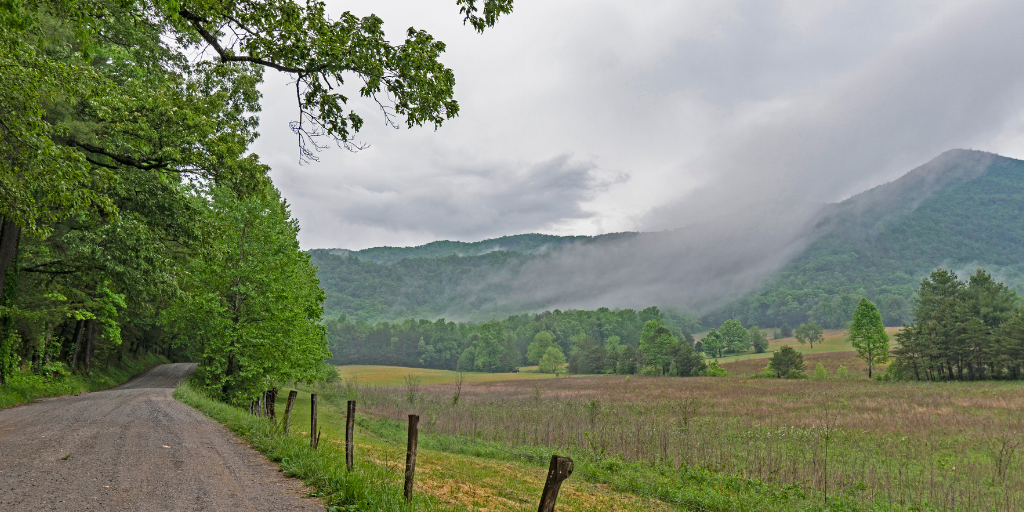 Earlier today my sisters and I visited Cades Cove in the Smoky Mountain National Park. In all the times we’ve been there (a lot!), one sister, Anna, has NEVER seen a bear! I have, my other sister has, all my sister’s friends have (they tell her), but she has never seen a bear in Cades Cove. She was really hoping today would be the day. Now, bear in mind (ha ha), that it’s mid-March, it was foggy, and it was about mid-morning when we got there, so the chances bears would be out and visible were slightly less than zero. But hope, they say, springs eternal.

Half way through the loop road, no bears. We stopped at a visitor center, and while there, Esther (my other sister) and I purchased a tiny toy bear—about 1.5 inches high. Esther put it on the dashboard of Anna’s car, and we resumed our journey. A mile or so later, in an area where Esther and I had seen bears before, I called out, “Bear at 1:00!” Anna looked everywhere, but couldn’t see the bear—until Esther pushed it a little closer to her. We all had a good laugh, and resumed our hunt.

Now, why would I spend so much of my word count describing that event? It’s because there’s a spiritual lesson here. Remember Abraham? God had promised him a son, but he got impatient and chose to have a son through his own efforts. We have yet to see the full extent of the trouble his action had upon his eventual God-given son!

Jacob is another example. While God had promised him a blessing, he and his mother chose to deceive his father and obtain the birthright dishonestly. That broke apart his family, and he had to flee for his life.

Did that little plastic bear satisfy Anna’s “need” to see a bear in Cades Cove? Not even a little bit. It did give her a good laugh, but that need is still there. She’s still waiting. Who knows how long she’ll have to wait.

“The Lord is good to those who wait for Him, to the soul who seeks him” (Lamentations 3:25).

Isn’t it worth the wait to see what good things the Lord has in store for you—in His time?