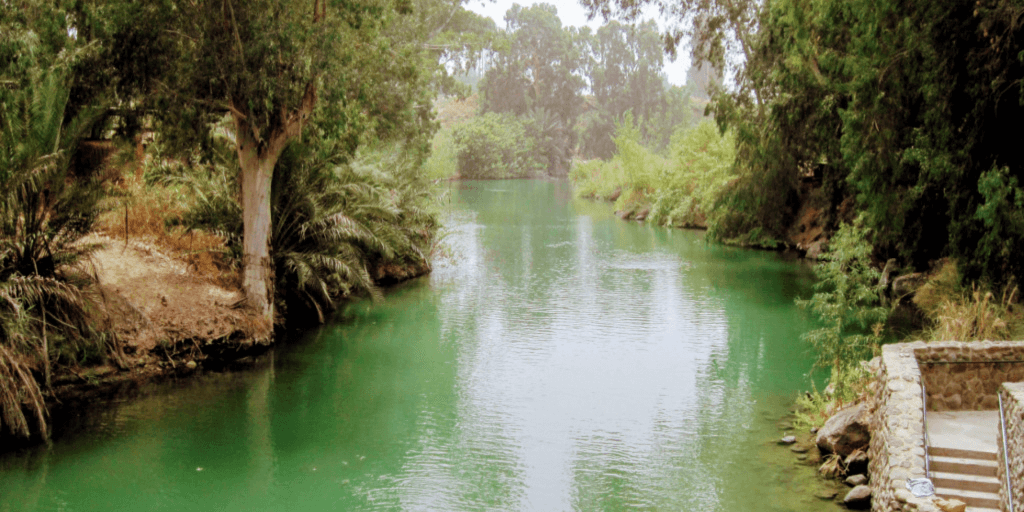 “There were many in Israel with leprosy in the time of Elisha the prophet, yet not one of them was cleansed—only Naaman the Syrian.” (Luke 4:27). Who is Naaman the Leper? Naaman, to all outward appearances, had it all together. He was “a great man in the sight of his master and highly regarded” (2 Kings 5:1). Only one problem. He had leprosy!

Naaman had a young Israelite girl in his household who had been taken captive by some raiders. One day she told Naaman’s wife, under whom she served, about a prophet in Samaria who, she said, could cure his leprosy. Well! Who wouldn’t want that!

So Naaman, with the blessing of his king, set off with “ten talents of silver [about 750 pounds], six thousand shekels of gold [about 150 pounds] and ten sets of clothing” (2 Kings 5:5). He was going to buy this cure if he had to.

Only one problem. The prophet, Elisha, refused to accept any of his gifts. Instead, he told Naaman to: “Go, wash yourself seven times in the Jordan, and your flesh will be restored and you will be cleansed” (v. 10). Naaman was incensed! There were better, cleaner rivers in his home country. Why would he subject himself to the dirty waters of the Jordan? Besides, he expected to see some miracle: “I thought that he would surely come out to me and stand and call on the name of the Lord his God, wave his hand over the spot and cure me of my leprosy” (v. 11). Didn’t he deserve at least that?

His servants, who had cooler heads, staged a bit of an intervention. They asked, “If the prophet had told you to do some great thing, would you not have done it? How much more, then, when he tells you, ‘Wash and be cleansed’” (v. 13)!

And Naaman did just that. He went to the Jordan River, dipped seven times as he had been instructed, and “his flesh was restored and became clean like that of a young boy” (v. 14). His reaction? “Now I know that there is no God in all the world except in Israel” (v. 15).

You’ll want to read the entire chapter, 2 Kings 5, to catch all the intrigue that went on around this story.

But why did Jesus refer to this incident?

Naaman, like the widow of Zarephath (read her story in 1 Kings 17), was not an Israelite. Naaman, confronted by the power of God, acknowledged God as the only true God. How deep this conviction went, we don’t really know. We read nothing more of Naaman after this event. Still, the important point is that he honored God once he was exposed to that power, unlike the Jews of Jesus’ time. Truly, as Jesus said, “No prophet is accepted in his hometown” (Luke 4:24).

But there’s something else in this story that bears a second look. Remember that young servant girl? Here she is, far from her own country, taken away from her family, thrust into the role of a servant. But! This is from the Believer’s Bible Commentary:

“This girl illustrates how a person of no importance in the eyes of the world, by being in a key place and showing loyalty to God, can influence the course of the history of salvation. D.L. Moody comments:

I can’t help but think of what Paul says in 1 Corinthians 1:27: “But God chose the foolish things of the world to shame the wise; God chose the weak things of the world to shame the strong.” Think you are so unimportant you have nothing to offer God? That is, in many ways, when you are most valuable to Him. Because “when I am weak (in myself), then I am strong (in the power of Christ)” (2 Corinthians 12:10)!