The Facts on Near-Death Experiences 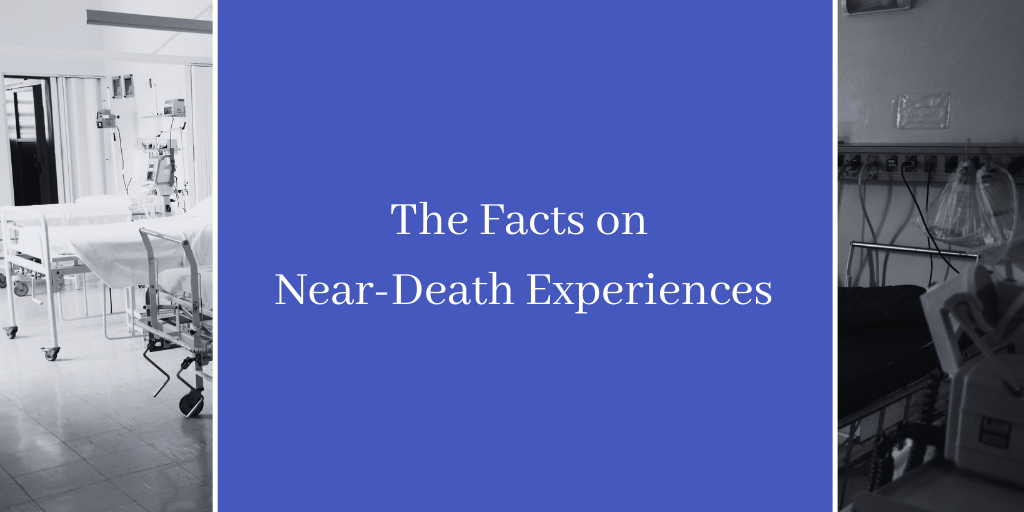 Excerpt: Alli’s Story
It was Sunday, June 5, 1994. We had just arrived home from church when the police officers
came to the front door and gave us the news that would change our lives forever, “A female body
has been found at the bottom of a cliff in Rocky Mountain National Park. As yet it hasn’t been
identified.”

There had been an intense, statewide search, and the body they discovered was surely that of our
daughter Alli. It had been seventeen days since she disappeared following the death of her
boyfriend who had committed suicide a few days earlier. Now it seemed that our last thread of
hope was gone.

Alli was a beautiful 18-year-old who loved to hike in the mountains. She was co-most valuable
player on the high school volleyball team that placed fourth in the state. Being highly motivated
and a straight A student, she was anxious to enroll at the University of Colorado in the fall.
As a child, Alli was obedient, happy, and fun loving with a great smile. She had lots of friends
and was involved in a variety of activities. As she grew older, the youth group at church began to
play an important role in her life, and it was there that she trusted Christ as her Savior. Her faith
was very important to her, and she lived her life accordingly.

It was also at this youth group that Alli began dating a boy, and they started sharing dreams of a
future together for Christ. In fact, his desire to become a minister led him to share his faith at his
high school before the whole student body. During his senior year he went to Germany as a
foreign exchange student and lived at the home of a minister and his family. What a blessing we
all thought this was going to be.

Tragically, the minister in Germany believed that the Bible taught that it was okay to engage in
pornography and sexual promiscuity and ridiculed Alli’s boyfriend for his convictions. This new
life-style he was witnessing was contrary to the Christian beliefs he had always held. At this
point, he began questioning his own faith. This confusion—and the fact that he missed Alli very
much—prompted him to come home three months early. Upon his return, we sensed an
uneasiness about him.

The following year when he went off to college, he studied philosophy and began a quest for
answers to life. He read books on Hinduism and Buddhism and started experimenting with drugs.

On one occasion, after he took LSD and had a “bad trip,” he was hospitalized for 72 hours.
Nevertheless, he continued using drugs and went into a deep depression.

Alli remained loyal to him throughout his personal turmoil, clinging to the dream of their
marriage which included his becoming a minister and her becoming a Christian counselor. She
thought of him as her first patient. They would debate for hours. She tried to bring him back to
where he was before all this, but he asked her questions that she was not prepared to answer
biblically, and he eventually took his own life.

She had tried hard to find answers to his problems as she read books like Mere Christianity by
C.S. Lewis and Peace with God by Billy Graham, but she also looked for answers outside
Christian writings and the Bible. Unfortunately, she read Embraced by the Light, by Betty Eadie,
which is the story of the author’s “death” and the deal she made with “Jesus Christ” to return to
earth. This proved to be literally fatal for Alli because it gave her false ideas about dying.

On the day of her boyfriend’s death, Alli went to her room and with Eadie’s book open on her
desk, she began writing his eulogy and her own suicide note. Apparently, after examining
Embraced by the Light, Alli reasoned that if she died, she could join her boyfriend in heaven.
Furthermore, she assumed from reading Eadie’s book that death would not necessarily be final,
but merely a transitional stage, and if God wanted her to, she would return to life.

As the next few days went by, Alli continued writing her suicide note. On the second day after
her boyfriend’s funeral, she drove to the mountains she loved, climbed a cliff, and took her own
life. Seventeen days later, after hundreds of professional searchers gave up looking for her, two
dedicated Christian men were led through providential circumstances directly to her body. An
eight-page suicide note was found in her back pocket. While reading the note with a pastor
friend, we became aware of a definite theme. The book Embraced by the Light gave Alli
unbiblical thoughts about life and death:

If God still wants me on this earth, I will not leave. If and when I leave it will be meant to
be. And I will be more than willing to return if God asks me to.

We must have planned to come to this world together and be a family a long time ago.…I
could not have asked for better parents on this earth.…I feel my greatest lesson on earth
has already been learned…to love unconditionally.…More lessons on earth could have
been learned but I will always continue to grow no matter where I am.

Please pray that I may have assistance on the other side.…I will be watching over you until
you come home.…Death is not so bad…death and birth have become a part of each other.

Now that Alli is gone, she will not be returning as Embraced by the Light deceptively suggested
to her. Our prayer is that other young people during their time of pain, will not fall prey to false
doctrines as Alli did. It is important that young people learn to study the Word of God. If Alli
had understood one biblical principle, she would still be alive today. That principle is: God will
never lead someone to do something that is contrary to His Word.

In Alli’s eight-page suicide letter there were no less than 14 points of similarity to ideas related
in the popular near-death experience (NDE) literature. As we show in Question 2, those who
argue NDEs do not precipitate suicide are wrong. However, as tragic as suicide is, the issue of
the NDE for society involves far larger ramifications.