6 Traits of the Coming Antichrist 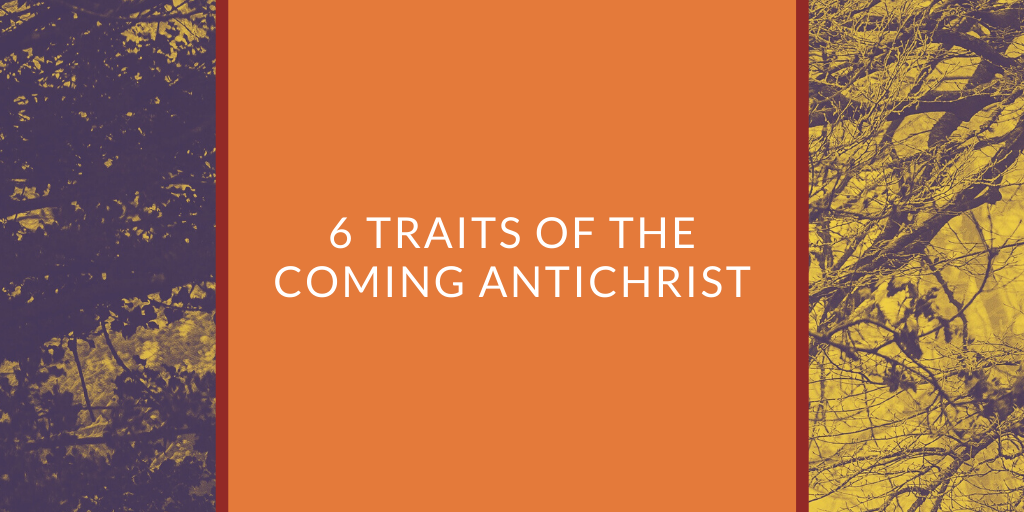 Many people have speculated about the identity of the Antichrist. A variety of sources claim to know the Antichrist’s background, personality, and much more. However, many of these connections are rooted in speculation rather than truth. What does the Bible say about the coming Antichrist?

Though some mystery remains about this future global leader, the Bible reveals many important traits to help us recognize the future Antichrist. Most of this information comes from the books of Daniel and Revelation, though other parts of Scripture sometimes refer to the Antichrist and his work:

The Antichrist is consistently referred to as a future male leader. For example, 1 John 2:22 notes, “Who is the liar but he who denies that Jesus is the Christ? This is the antichrist, he who denies the Father and the Son” (ESV). Though some modern versions change the wording in this verse to a gender-neutral term (NIV), the original language here and elsewhere emphasizes a male leader in discussing the Antichrist.

Antichrist: A Citizen of a Western Nation

The Bible indicates the Antichrist will arise from the revived Roman Empire (Daniel 7:16-24). During the first century, the Roman Empire included most of modern Europe and the nations touching the Mediterranean Sea, including the nations of North Africa.

Some further argue this association will require him to be a European. However, this may or may not be the case. While the Bible indicates he will come from the revived Roman Empire, his particular ethnic or national identity is not noted.

However, it appears he would not be Jewish since he strongly persecutes Jews. He will also unlikely be Muslim, since he will be a secular man who initially seeks to unite all religions until later demanding people worship him. Instead, this man will be a person without a strong traditional religious background who arises as a global leader in a European nation.

Revelation 13:1-3 describes him as a person who leads a nation of 10 horns and seven heads. These horns and heads refer to nations and national leaders who will be under the Antichrist’s authority.

Though he will oppose the God of the Bible, this does not mean he will be opposed to religion. Instead, he will first offer a false unity of religion and later force people to worship him during the second half of the Tribulation period.

Many predictions regarding him point toward his work to end the lives of others. For example, he will require every person to receive the mark of the beast to buy or sell, putting to death those who oppose him.

Further, he will have a direct role in the deaths of the two witnesses in Revelation 11:7: “Now when they have finished their testimony, the beast that comes up from the Abyss will attack them, and overpower and kill them.”

Daniel 7:25 predicts the he will seek to change the times and laws. Daniel 9 adds details about the Antichrist confirming a seven-year covenant with Israel that he later breaks.

In the New Testament, he is is noted as a man of lawlessness (2 Thessalonians 2:1-12). God’s judgment on the Antichrist further confirms his role as one who implements the works of Satan, ultimately leading to being cast into the lake of fire (Revelation 20:10).

We may not know everything about the future Antichrist, yet Scripture clearly provides details that offer ways he will be identified when he appears. He will be a male global political leader who deceives, murders, and ultimately demands others worship him during the volatile events of the last days.