The Laws about Leprosy 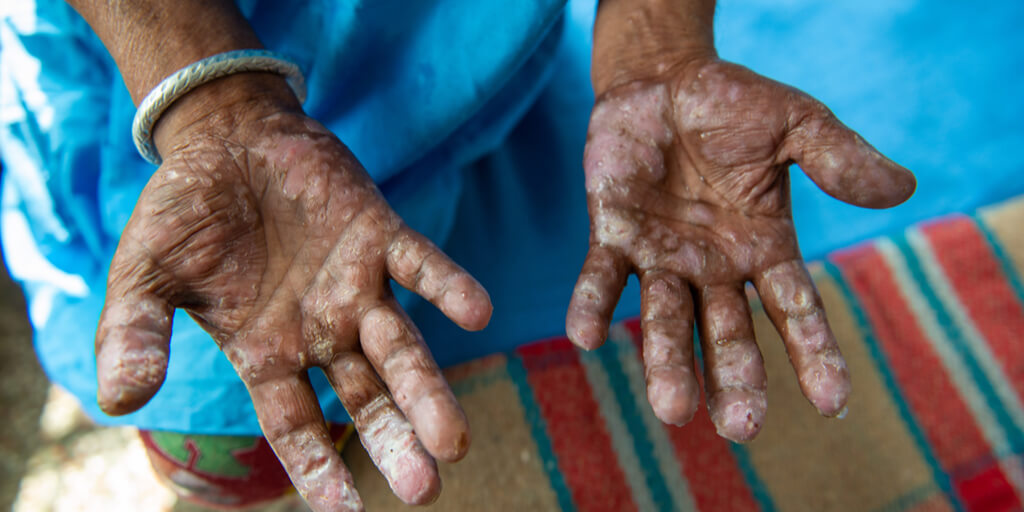 “A man with leprosy came and knelt before him and said, ‘Lord, if you are willing, you can make me clean.’ Jesus reached out his hand and touched the man. ‘I am willing,’ he said. ‘Be clean!’ Immediately he was cleansed of his leprosy. Then Jesus said to him, ‘See that you don’t tell anyone. But go, show yourself to the priest and offer the gift Moses commanded, as a testimony to them.” (Matthew 8:2-4)

Any time someone was found to have leprosy[1], his life changed immeasurably. He (or she) was immediately isolated even from family and friends, and was forced to exist away from people. If anyone came near to him, he had to call out “Unclean! Unclean!” as a warning to that person to stay away.

No one could touch them, no one could touch anything they had touched. Certainly no one would want to be near them. The reason was simple. Many of the skin disease called leprosy in the Bible were highly contagious. Living in the close confines of the wilderness camps, or in a crowded city, such a disease would spread rapidly. A very rigorous quarantine was the only way to stop the infection from spreading unchecked.

That’s the situation the man found himself in when he encountered Jesus in the passage quoted above. His only hope was that Jesus would have compassion on him. You can bet that as the man approached Jesus the crowd backed away. He was used to that, and I imagine that he had to be pretty desperate to put himself through that shame. But, to his utter shock, Jesus touched him! He probably hadn’t felt a human touch in years! Certainly no Jew would touch him, because that would make them unclean. But Jesus healed the man, then told him to immediately go to the priest to offer the appropriate sacrifice.

We find those instructions in Leviticus 14. In order to be considered clean, first the priest had to examine them be sure they appeared to be healed. Then, if the priest declared that the leprosy was gone, the former leper had to bring two birds, some cedar wood, scarlet yarn, and some hyssop.

Then the priest shall order that one of the birds be killed over fresh water in a clay pot. He is then to take the live bird and dip it, together with the cedar wood, the scarlet yarn and the hyssop, into the blood of the bird that was killed over the fresh water. Seven times he shall sprinkle the one to be cleansed of the defiling disease, and then pronounce them clean. After that, he is to release the live bird in the open fields.

Next, the former leper had to wash his clothes, shave off all his hair and take a bath. At this point, he could come into the camp, but had to remain outside his family home or tent. Seven days later, he had to shave off all his hair again—head, beard, eyebrows, everything. After that, he had to wash his clothes again, take another bath, and at that point he would be considered clean.

Oh, but that’s not all. On the eighth day he had to bring two male lambs and one ewe lamb along with a mixture of flour and olive oil, and even more oil. The priest would go through an elaborate ritual of applying blood and oil to various parts of the leper’s body. This ceremony would be a sign to the rest of the people that this person was indeed cured. Only then could the leper become part of the community again. Read Leviticus 14 some time to get all the details.

According to the Bible Knowledge Commentary,

“Jesus said this would be a testimony to the priests. And so it was, for in the entire history of the nation there was no record of any Israelite being healed from leprosy other than Miriam (Num. 12:10–15). One can imagine the dramatic impact when this man suddenly appeared at the temple and announced to the priests he had been cured of leprosy! This event should have led to an examination of the circumstances surrounding the healing. Jesus in effect was presenting His ‘calling card’ to the priests, for they would have to investigate His claims. (The healed man, however, disobeyed Jesus’ orders to tell no one, for he ‘began to talk freely’ [Mark 1:45]. Presumably, however, the man eventually made his way to the temple.)”[2]

According to Jewish law, touching the leper would have made Jesus unclean. But Jesus would go much farther than just becoming ceremonially unclean. In order to heal us from the curse of sin, we read in 2 Corinthians 5:21, “God made him who had no sin to be sin for us, so that in him we might become the righteousness of God.”

Jesus commanded all of us who follow Him to take this message of spiritual healing available through His sacrifice “into all the world.” We tell this message so that those who are afflicted with spiritual “leprosy” can be cleansed through Jesus’ blood and be welcomed into His Eternal Home!