What Is Zion in the Bible? 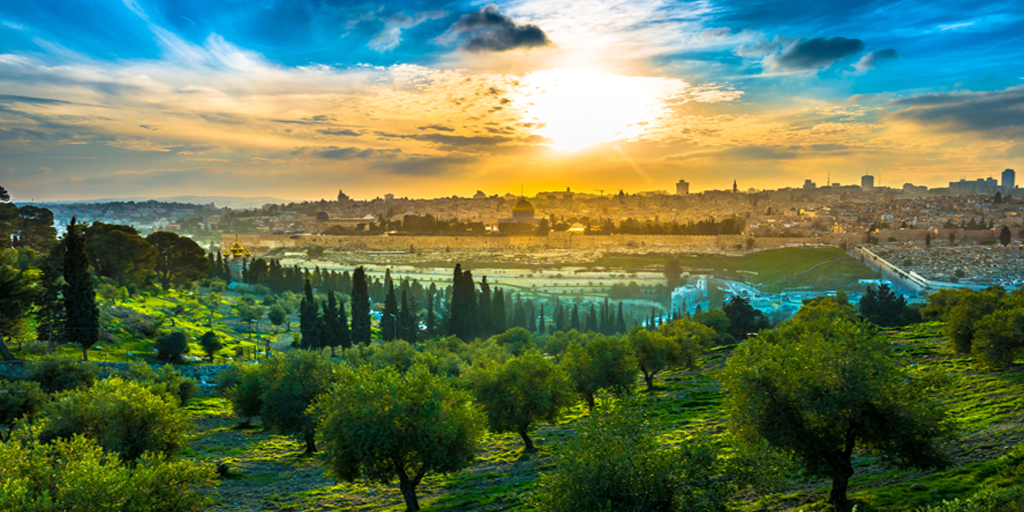 What Is Zion in the Bible?

With the term “Zion” being popularized today in songs and movies, many wonder what it means. What is the significance of Zion in the Bible?

It is referred synonymously with Jerusalem. In fact, Mount Zion is one of several small hills or ridges that form Jerusalem. Others include Mount Moriah (the Temple Mount) and the Mount of Olives. Many passages, like 2 Kings 19:31, treat Zion and Jerusalem as synonymous parallels: “For out of Jerusalem will go forth a remnant, and out of Mount Zion survivors.”[1]

The name “Zion” was assigned before Israel occupied the city. Zion was formerly a Jebusite fortress. While most conclude that the Israelites inherited the name, its significance remains a debate. The most popular theory proposes that Zion means “fortress” or “castle.” Thus, Mount Zion means something like “the mountain fortress.”

It is the city of David, where God reigns through His appointed king. Although Jerusalem is referred to earlier in Scripture on multiple occasions (like Joshua 15:63), the name “Zion” is never mentioned until David captures the fortress.

In these early accounts, Zion is repeatedly titled “the city of David.” As 2 Samuel 5:7 states, “David captured the stronghold of Zion, that is the city of David” (see also 1 Kings 8:1; 1 Chronicles 11:5; 2 Chronicles 5:2). After this victory over his enemies, Zion became the place where David established his throne.

Zion is also spoken of as the place where God will establish His Messianic King. This can be seen in several Messianic psalms. For example, Psalm 2:6 says, “I have installed My King upon Zion, My holy mountain.” Psalm 110:2 promises, “The LORD will stretch forth Your strong scepter from Zion, saying, ‘Rule in the midst of Your enemies.’”

It is the place where God uniquely dwells. This theme begins when David brings the ark of the covenant, a symbol of God’s unique presence, to Zion (2 Samuel 6:12). David’s son, Solomon, eventually builds the temple on an adjacent mountain in Jerusalem and moves the ark there (1 Kings 8:1). Interestingly, the name, “Mount Zion,” begins to be used for this location as well.

Zion continues as the designation for God’s unique dwelling place on earth. Psalm 132:13 says, “For the LORD has chosen Zion; He has desired it for His habitation.” Joel 3:17, 21 states, “I am the LORD your God, Dwelling in Zion, My holy mountain. . . . For the LORD dwells in Zion.” Isaiah 8:18 describes, “the LORD of hosts, who dwells on Mount Zion.”

Zion becomes so characterized as the place of God’s presence that to go to Zion was to go to the LORD Himself. Jeremiah 31:6 equates these phrases when watchmen say, “Arise, and let us go up to Zion, to the LORD our God.’”

It is also used as a symbol of God’s people. For example, God instructs Isaiah in Isaiah 51:16, “say to Zion, ‘You are My people.’” God refers to His people twenty-six times in the Old Testament as the “Daughter of Zion” (e.g., Zechariah 9:9).

They are also, yet less often, referred to as the “sons of Zion.” The title represents not only those who live in Jerusalem, but sometimes Israel as a whole: “Let Israel be glad in his Maker; Let the sons of Zion rejoice in their King” (Psalm 149:2).

It is mentioned most often in the prophets and psalms. Three themes emerge there: (1) Zion’s inhabitants have ignored the God who dwells in their midst and rebelled against their King. (2) Therefore, God is going to scatter them from His unique dwelling place and hand them over to foreign kings. (3) God promises that He will one day deliver His people and establish His presence and reign over the entire earth. This will go beyond anything humanity has yet to experience.

When we come to the New Testament, we see that Jesus is God’s promised Messiah who will establish God’s presence and reign throughout the earth. He is the King of Zion whose rule will extend from sea to sea (Matthew 21:5; John 12:15; cf. Zechariah 9:9-10). He is the cornerstone laid in Zion upon which God is building His temple throughout this world with living stones, depicting those who trust in Him (Romans 9:33; 1 Peter 2:6; cf. Isaiah 28:16).

Through Jesus, we now have access to Mount Zion, the heavenly Jerusalem (Hebrews 12:22-24). This heavenly city will eventually be united with earth after Jesus returns and removes all evil (Revelation 21). Although Jesus has inaugurated these things, we still wait for the day when He will bring them to their full consummation. In the meantime, He invites anyone who trusts in Him to become a partaker of its glorious reality.

[1] All biblical quotations are taken from the NASB.