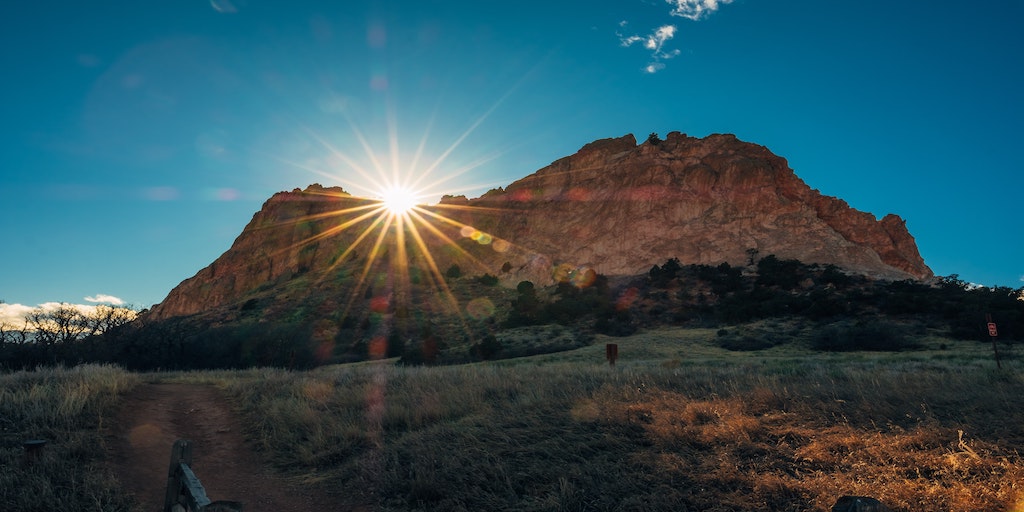 It may come as a shock—and perhaps a disappointment—to find out that Jehovah is not, in fact, one of the names God has given for Himself.

So where did this name, in common use today, originate?

We said in a separate article that God revealed His name to Moses as YHWH. Now, please understand that I am not a Greek or Hebrew scholar, and I certainly don’t have a seminary education, so I asked Jeff Pallansch, one of my coworkers, to read and comment on this article and help me navigate these rather turbulent waters.

Let me see if I can give you a brief history of how the name Jehovah came to be.

In ancient Hebrew only the consonants of the text were written, with the reader responsible for supplying the vowels—thus YHWH. (You may have heard this called the tetragrammaton, from the Greek words “four” and “letters.”)

The name YHWH was never spoken aloud by devout Jews for fear of breaking the fourth commandment: “You shall not misuse the name of the LORD [YHWH] your God [Elohim], for the LORD [YHWH] will not hold anyone guiltless who misuses his name” (Exodus 20:7). The only possible exception seems to be that the High Priest would speak the name as he offered sacrifices in the Holy of Holies. However, over time, especially since the temple was destroyed and the sacrifices ceased, the true pronunciation of this name has been lost.

So how did the Jews avoid saying YHWH’s name when, for example, they were reading from the scrolls in the temple? Whenever they came across the name YHWH, they would substitute the title Adonai (Lord). It’s possible their rationale was that since Adonai is a title rather than a name, they avoided the risk of misusing YHWH’s name.

That brings us to the Masoretes, a group of scribes whose task it was to make copies of the Hebrew Scriptures. Jeff explains,

“The Hebrew Bible was originally written without any vowels—only consonants. Readers knew what vowel to pronounce based on context. Around the 6th to the 10th Century AD, the use of Hebrew as a spoken language was dwindling. To ensure a proper reading of the Hebrew Bible didn’t get lost, a group of Jewish scholars called the Masoretes created a vowel pointing system to specify the proper reading by adding dots and dashes above and below the consonants. Since they would not pronounce YHWH’s name out of reverence, but instead read it as something like ‘Adonai’ (the generic Hebrew word for Lord), they took the vowels from Adonai (_aDoNaY) and imposed them on YHWH (YeHoWaH). This was to prevent people from using God’s self-revealed, personal, covenantal name in vain.

“The change in the first vowel from an ‘a’ to an ‘e’ was required in Hebrew due to the change in its preceding consonant. The change in spelling from Y to J and W to V is because these were the standard consonants used in languages such as Latin and German into which it was being translated.

“It is not until translation—particularly around the 16th century—that this conglomeration was presented as an actual word to be spoken.  It was done by mistake because the translators did not know about this practice of substituting the spoken Adonai for the written YHWH. The Masoretes did not find it necessary (but rather unnecessarily burdensome with 6,800+ occurrences) to add an explanatory marginal note at every instance where YHWH appeared because it was such common knowledge in their day. Instead they merely imposed the vowels from Adonai. Because there was no marginal note, the renaissance translators (or at least some prominent ones) transliterated this conglomeration, instead of translating Adonai (Lord) or YHWH (a form of ‘I Am’).”

So, there you have it: Take the Hebrew consonants YHWH, add the vowels from Adonai, subtract an understanding of the spoken substitution of Adonai for YHWH, and the result is a new name for God. YHWH became Jehovah.

While Jehovah is in common use today, even among evangelical Christians, in my reading I notice more and more a return to Yahweh and away from Jehovah. Of course, with the popularity of songs like “Jehovah Jireh, My Provider,” and hymns such as “Guide me, O Thou Great Jehovah,” it’s unlikely to go away.

Just remember that the root of Jehovah is YHWH, the name by which God revealed Himself to Moses and to His people. The name YHWH, and in fact any of God’s revealed names, must be held in high honor. If you choose to call YHWH Jehovah, do so with the same respect for His name and character as you would for any revealed name.