Why Did Jesus Ask Peter Three Times if He Loved Him? 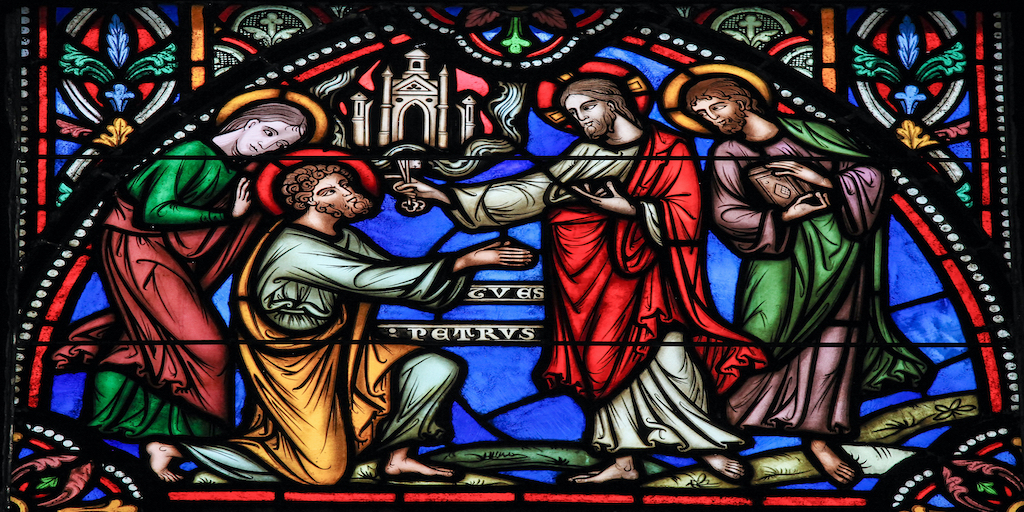 Question: Why Did Jesus Ask Peter Three Times if He Loved Him

I’m glad you asked this question. We just recently considered this very same pas­sage in our Sunday School class. Our overall theme was that Jesus is willing to forgive and restore believers who have sinned against Him. Peter is one of several great men in the Scriptures that experienced failure and restoration.

This passage is in the context of Peter and several of the disciples deciding to go back to fishing which had been their livelihood before Jesus called them to be “fishers of men.” They fished all night and didn’t catch a single thing—that’s like most of my fishing trips! The fact that they didn’t catch any fish, I believe, was simply God’s way of showing them that they couldn’t return to their old way of life once they had received a higher calling from the Lord.

After a frustrating night, they noticed someone on the shore who called to them, “Children, you do not have any fish, do you?” (21:5) Notice how Jesus asked the ques­tion; He knew they had come up empty! “Cast the net on the right side of the boat, and you will find a catch!” And they sure did! John recognized that it was the Lord, and Peter jumped out of the boat and came ashore.

Jesus already had breakfast cooking and invited the disciples to bring some of their fish to be cooked. He fed them bread and fish, and they knew that it was the Lord. First of all, it’s important for us to understand that Jesus came to them; He sought them out as He still had a mission for them—being fishers of men.

Secondly, as it was pointed out in our discussion of this passage, Jesus wants to know if we still love Him. Jesus speaks directly to Peter and asks him three times, “Do you love me?”

These three questions to Peter remind us of the three denials of Jesus by Peter as found in Matthew 26:33-35, 69-75. As the writer of our Sunday School lesson noted, the denials had been in the presence of opposition. By contrast, the affirmations of love were in the presence of friends. That being so, Jesus sought to assure Peter that he was still useful in the Lord’s work and to let the other disciples know that Peter was restored to usefulness.

The first question Jesus asked Peter was: “Simon, son of John, do you love me more than these?” There is no explanation from the text what “these” were. It could have been the other disciples; all of his fishing equipment—we don’t know. What we do know is that Jesus wanted to know if Peter loved Him more than anything or anyone else? Peter replied, “Yes, Lord; you know I love you.”

Two Greek words for love are used here: agape (divine love, i.e., John 3:16) and phileo (brotherly love). In the first two questions, Jesus used agape, and Peter re­sponded with phileo. In the last question, phileo was used by both Jesus and Peter. Let me suggest, as others have, that these words were being used interchangeably, and we don’t need to press the Greek interpretation too deeply at this point.

Jesus told Peter to: (1) Tend My lambs, (2) Shepherd My Sheep, and (3) a combina­tion of the first two: Tend My sheep. Jesus wanted Peter to understand that he still had a pastoral ministry ahead of him in spite of the earlier denials. Jesus wanted to hear from Peter that he loved Him. It’s important for us, and those around us, to know that Jesus forgives us and we are still useful in Kingdom work.

Finally, in verses 19 & 22, Peter is told to “follow Jesus.” This command in the Greek is a continuous following of Jesus and His plan for our lives. In other words: “keep on following!”

I am so thankful for Jesus’ dealing with Peter! Peter represents so many in the world today who have “fallen short of the glory of God,” but still can be restored and useful in His Kingdom. In a lot of cases—even more so than before!