Yahweh Shammah – The God Who is There 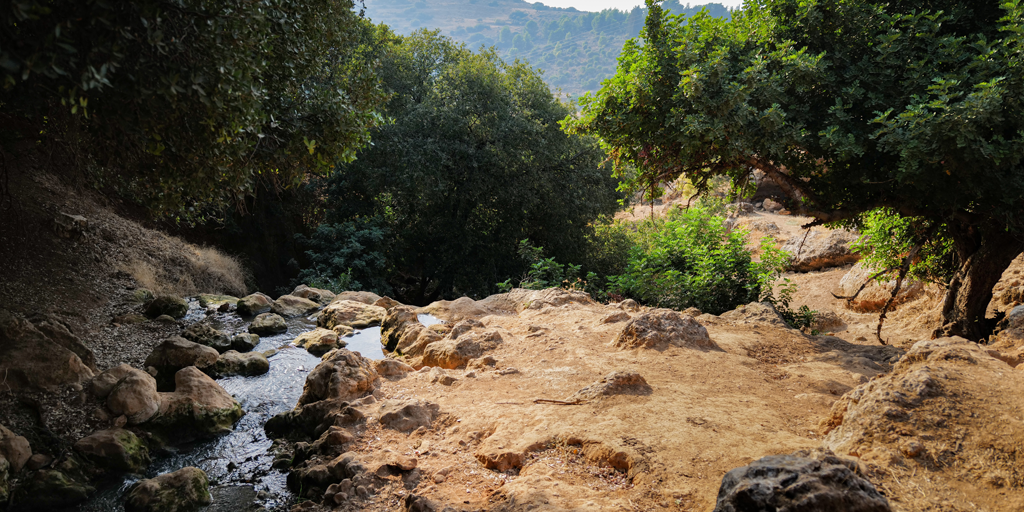 God was incredibly gracious to the Israelites in making His presence known to them. Just a few familiar examples are the pillars of cloud and fire by which He led them out of Egypt and through the wilderness (Exodus 13). When He appeared on Mount Sinai to Moses, we read, “the glory of the LORD [YHWH] settled on Mount Sinai. For six days the cloud covered the mountain, and on the seventh day the LORD [YHWH] called to Moses from within the cloud” (Exodus 24:16)

Then, once the tabernacle had been completed, we read,

“In all the travels of the Israelites, whenever the cloud lifted from above the tabernacle, they would set out; but if the cloud did not lift, they did not set out—until the day it lifted. So the cloud of the LORD [YHWH] was over the tabernacle by day, and fire was in the cloud by night, in the sight of all the Israelites during all their travels” (Exodus 40:34-38).

In 2 Chronicles we learn what happened when Solomon’s temple was dedicated.

There is little doubt that the Israelites identified these displays of fire and clouds as visible signs of God’s presence. When they saw those signs, they knew God was with them. When they were absent, they doubted.

But there came a time, as we saw when we looked at Yahweh Mekoddishkem, that the Israelites’ blatant disregard for God’s laws caused Him to withdraw those visible signs of His presence. His glory left the temple [Ezekiel 10]. A few years later, the temple itself—God’s dwelling place among His people—was destroyed. God, it would seem, had utterly abandoned them.

But we know the rest of the story, as Paul Harvey would say. We get a glimpse of that in Isaiah 7 where we read, “Therefore the Lord Himself [Adonai] will give you a sign: The virgin will conceive and give birth to a Son, and will call Him Immanuel” (Isaiah 7:14).

And what does Immanuel mean? Matthew tells us: “All this took place to fulfill what the Lord had said through the prophet: ‘The virgin will conceive and give birth to a son, and they will call Him Immanuel’ (which means ‘God with us’)” (Matthew 1:22-23).

God with us. God Himself came to earth, was born to the virgin, and walked among us for a number of years. Near the end of His life, when He was about to return to heaven, He promised “another Comforter,” the Holy Spirit—God, who would continue to dwell among us and within us for the rest of our lives [John 14:16; 1 Corinthians 6:19]. God with us.

But He gave us other promises as well. Sit down and read Psalm 139 to see just how much of your life God involves Himself in. You can’t sit, stand, walk, run, eat, sleep, worry, think or dream without Him being there and aware. Far from having a body that was “randomly assigned at birth,” we read that we have been “knit together in [our] mother’s womb,” and are “fearfully and wonderfully made” (Psalm 139:13-14).

The big theological word that describes this is omnipresence—God is everywhere present. You cannot escape Him. And that’s a good thing!

But the promises of Yahweh Shammah do not stop there. Consider these verses:

Ultimately, we have that promise from God that we who belong to Him will be with Him for all eternity in that city whose name is Yahweh Shammah—the Lord is there (Ezekiel 48:35)—the New Jerusalem!