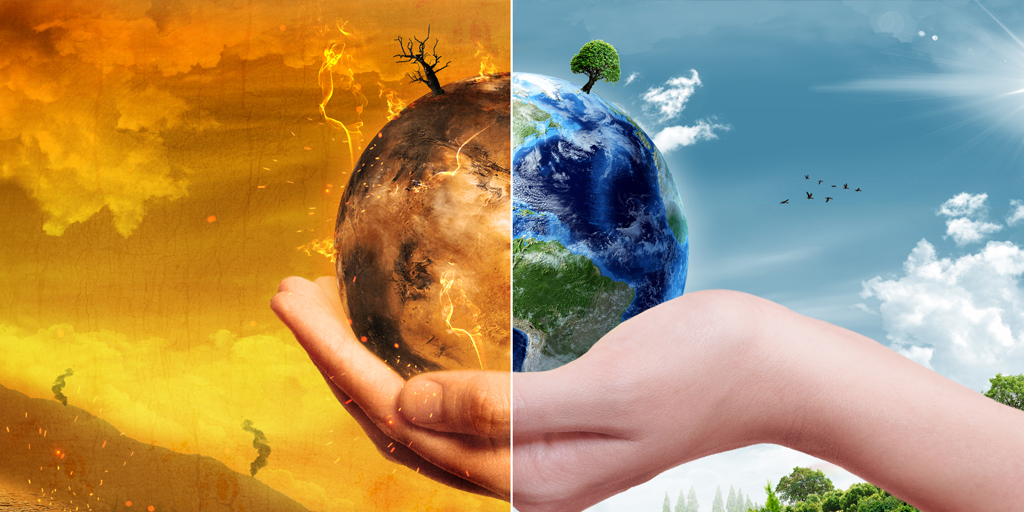 The Paris Climate Accord is woefully misnamed. President Trump has withdrawn the United States from the “accord.” In truth, there is very little accord. The lack of accord is only exceeded by the lack of wisdom manifested by the negotiators of the Paris agreement. I challenge readers to examine its fine print and the implications of compliance. Adherence by every nation to the Paris pact may promote economic disaster. Moreover, the trillions of dollars of costs in transitioning out of fossil fuels and into non-carbon renewables is projected to avert only 0.3º F of warming by the year 2100. That is less than 0.04º F per decade and would cost the United States multi-trillions of dollars. One must question the disordered thinking of the world’s globalists.

The climate change debate is grounded on certainty that harmful climate change has resulted in or would result from the addition of 50% more CO2, a trace gas in the atmosphere, since industrialization. This trace gas, a vital gift of God for sustaining plant life, has been labelled a pollutant by the EPA. The fraction of CO2 has increased from 1/3600 of the atmosphere several hundred years ago to 1/2500 today, a mere difference of 1/8700. Climate models can only explain half of the warming that actually occurred. There was really not much warming: 1.3º C from 1880 to 2016. Intuitively, we perceive something is amiss with the global warming paradigm hanging over our society. We are sometimes obsessed with alarmist climate projections.

Many resources are available to promote diverse arguments from the climate discussion. In August 2012, I joined the discussion full force with respect to climate change. Our series of posts was triggered by a remarkable stretch of heat and drought in our midwestern states, the most serious in decades. Some observers proclaimed anthropomorphic climate change to be the culprit. My first two posts from 8-11-12 and 8-17-12 were written during the 2012 drought and heat wave. The following posts ensued with a more in-depth discussion of climate change arguments. We link nine posts below with an overview of each:

1 – http://jasscience.blogspot.com/2012/08/responses-in-complex-system.html
Overview: Historically, our climate system is incredibly complex, albeit magnificent— too complex to assign a minutely increasing trace gas most of the blame for the vagaries of climate change (8-22-12)

2 – http://jasscience.blogspot.com/2012/08/where-is-science.html
Overview: The authority of science has been co-opted to highlight the ideology of climate change (global warming) advocates (8-30-12)

3 – http://jasscience.blogspot.com/2012/09/subduing-global-warming.html
Overview: “Subdue” in this post connotes conscientious care for our planet, becoming sensitive to Planet Earth’s characteristics. Earth is incredibly dynamic. The Paris Climate Accord focuses most of its attention on curbing consumption of fossil fuels to reduce production of atmospheric CO2 at astronomical cost (9-6-12)

4 – http://jasscience.blogspot.com/2012/09/climate-certainty.html
Overview: We deal with the unbending certainty of the effects of CO2 release from fossil fuel consumption among politically correct adherents of climate change in our global community (9-11-12)

6 – http://jasscience.blogspot.com/2012/09/evangelical-declarations-and-climate.html Overview: What is the response of the evangelical community? The spectrum of opinion is very broad. Solutions from this community are sometimes at odds (9-22-12)

7 – http://jasscience.blogspot.com/2012/09/diminished-climate-alarm.html
Overview: Concern over climate change may increase or decrease, depending on increasing or decreasing confidence in science and a realistic, unbiased appraisal of complex phenomena of climate (9-27-12)

8 – http://jasscience.blogspot.com/2012/10/climate-of-disagreement.html
Overview: Consensus is sometimes the enemy of truth discovery. Climate change relies on consensus but the issue is far from settled. At times our Christian worldview competes with scientific consensus (10-2-12)

9 – http://jasscience.blogspot.com/2012/10/weather-disasters-and-global-warming.html Overview: In brief, weather disasters are a small segment of Earth’s dynamic climate system. Every disastrous weather event is not an outcome of climate change (10-8-12)

Our beliefs accord with those of The Cornwall Alliance for the Stewardship of Creation. In particular, we cite several items from their list of affirmations and denials:

We affirm that the Earth and all its physical and biological systems are the effects of God’s omniscient design, omnipotent creation, and faithful sustaining, and that when God completed his creative work it was “very good.” (Genesis 1:31)

We deny that an infinitely wise Designer, infinitely powerful Creator, and perfectly faithful Sustainer of the Earth would have made it susceptible to catastrophic degradation from proportionally small causes, and consequently we deny that wise environmental stewardship readily embraces claims of catastrophe stemming from such causes.

We affirm that by God’s design Earth and its physical and biological systems are robust, resilient, and self-correcting.

We deny that they are fragile.