Questions about A.D. Episode 1 – The Tomb Is Open 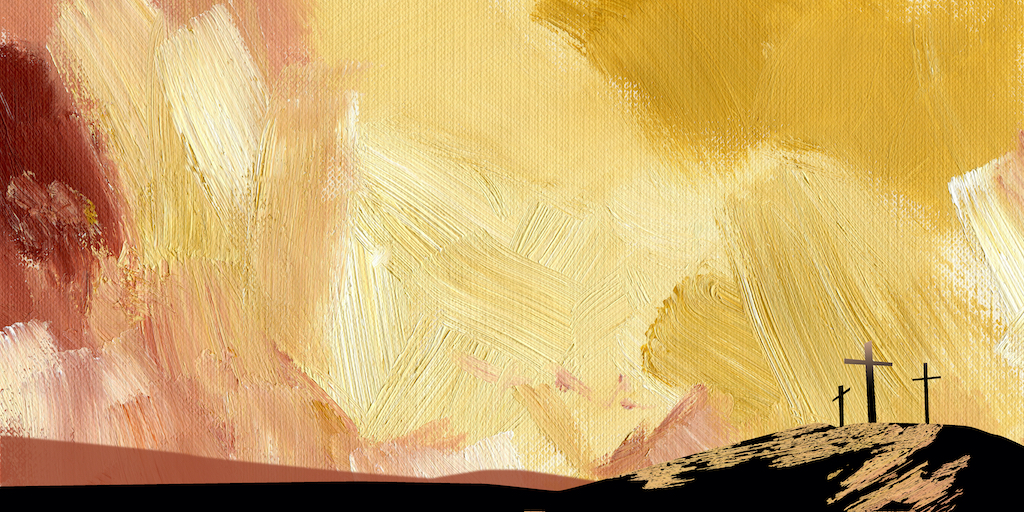 “Truth. What is truth?” begins Mark Burnett and Roma Downey’s new television series A.D. that premiered Easter Sunday. We asked for questions from our viewers regarding episode 1 “The Tomb Is Open.” The following are brief responses to top questions.

Find video clips related to this episode and additional resources at Exploring A.D.

Why was the cast of A.D. so diverse? Weren’t the early followers of Jesus Jews?

Mark Burnett explained the decision to involve an ethnically diverse cast in A.D. in an interview, stating, “I feel it’s so important for all communities to see themselves on the screen, but in the end our goal was to find the best and by casting that wider net we found the best actors (for the roles).”

However, it is historically accurate to state that the disciples and earliest followers of Jesus were Jews. Jesus was Jewish, as were his 12 disciples and his other original followers. Soon, the gospel message expanded beyond the Jews of Jerusalem to others, including an Ethiopian (Acts 8), a Roman centurion (Acts 10), followed by the missionary efforts of Paul and others to take the good news of Jesus to the Gentiles. Ultimately, the good news was and is for both Jews and Gentiles (Romans 1:16) of all nations (Matthew 28:18-20).

Was Pilate’s argument with his wife about Jesus biblically accurate?

Matthew 27:19 states, “While Pilate was sitting on the judge’s seat, his wife sent him this message: ‘Don’t have anything to do with that innocent man, for I have suffered a great deal today in a dream because of him.’” The scene in A.D. adds additional dialogue in which his wife, named Claudia in the series, argues against Pilate’s involvement in the death of Jesus.

In the scene, she contends Jesus was a good man, stating, “At worse, he is mad. Is that reason enough…?” at which point Pilate interrupts her words. She replies, “Killing him won’t be the end of it.”

Pilate answers, “It usually is, my darling,” foreshadowing the events to come. This dialogue closely resembles the argument by C.S. Lewis and others that Jesus was either a liar, lunatic, or Lord. Though a creative addition to the biblical account, it is an admirable display of the tension that existed even among those who helped put Jesus to death.

Were the events that took place after Jesus died on the cross biblically accurate?

A.D. shows chaos following the final words of Jesus: “It is finished.” The sky turned dark, an earthquake ensues, and the temple curtain was torn from top to bottom.

While these events did take place, the order is a bit different. Luke 23:44-46 reads:

It was now about noon, and darkness came over the whole land until three in the afternoon, for the sun stopped shining. And the curtain of the temple was torn in two. Jesus called out with a loud voice, “Father, into your hands I commit my spirit.” When he had said this, he breathed his last.

Matthew 27:51-53 specifically notes the curtain was torn and the earthquake took place just as Jesus died, similar to the way A.D. portrays:

At that moment the curtain of the temple was torn in two from top to bottom. The earth shook, the rocks split and the tombs broke open. The bodies of many holy people who had died were raised to life. They came out of the tombs after Jesus’ resurrection and went into the holy city and appeared to many people.

Did Judas really hang himself?

Judas did express guilt following his betrayal of Jesus. Matthew 27:1 tells us, “So Judas threw the money into the temple and left. Then he went away and hanged himself.” It appears this took place on the Friday that Jesus died.

A.D. shows both Nicodemus and Joseph of Arimathea were involved in the burial of Jesus. This is faithful to the biblical account found in Matthew 27:57-61; Mark 15:42-47, Luke 23:50-56; and John 19:38-42. The involvement of others, such as the apostle John, was an addition in the television series. The disciples and other followers were likely in hiding rather than involved in the burial of Jesus. John 19:47 does note that Mary Magdalene and Mary the mother of Joseph did see where Jesus was buried. John the apostle was also at the cross, though he is not mentioned at the burial (John 19:25-27).

In the television episode, Caiaphas quotes from Isaiah 53:9 when he discovers Jesus was buried in a rich man’s tomb: “He was assigned a grave with the wicked, and with the rich in his death, though he had done no violence, nor was any deceit in his mouth.” This creative conversation allows the viewer to see that the burial of Jesus was an event prophesied hundreds of years earlier by Isaiah the prophet.

Was Cornelius at the cross with Jesus?

The A.D. series places Cornelius at the cross of Jesus. Was this true? Cornelius was the Roman centurion in Acts 10. He was a God-fearing man who had a vision to call for the apostle Peter. Peter came and led Cornelius and those in his house to faith in Jesus.

However, the Bible is silent regarding Cornelius at the cross. This creative connection is likely a storyline that will later connect near the end of the A.D. series when Peter takes the good news to Cornelius in Caesarea.

What does the Bible say happened when Jesus rose from the tomb?

There was a violent earthquake, for an angel of the Lord came down from heaven and, going to the tomb, rolled back the stone and sat on it. His appearance was like lightning, and his clothes were white as snow. The guards were so afraid of him that they shook and became like dead men.

Mark 16:4 simply states, “But when they looked up, they saw that the stone, which was very large, had been rolled away.” Luke 24:2-3 adds, “They found the stone rolled away from the tomb, but when they entered, they did not find the body of the Lord Jesus.” John 20:1 states, “Early on the first day of the week, while it was still dark, Mary Magdalene went to the tomb and saw that the stone had been removed from the entrance.” John’s Gospel also discusses Peter and John going to the tomb in addition to the women who first visited the tomb.

Following these details, the Gospels and other New Testament writings discuss the appearances of Jesus over a period of 40 days. 1 Corinthians 15:3-8 provides a list of the appearances:

Episode 1 ends with a Roman guard reporting to Caiaphas, “The Nazarene is gone.” Caiaphas asks, “What do you mean…gone?” These words introduce viewers to the greatest event in history, the resurrection of Jesus Christ.