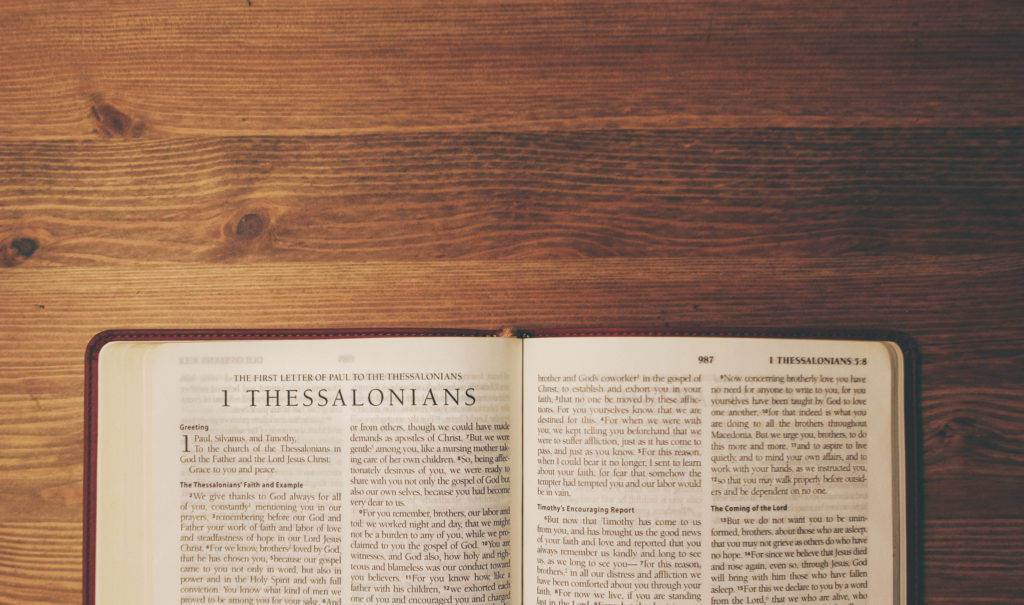 Many people have heard about the rapture, but where does the Bible talk about this topic? The word “rapture” is not used in the Bible, but comes from a Latin word rapturos that means to be caught up or snatched away. The New Testament speaks of this event in three main passages.

13 But we do not want you to be uninformed, brothers, about those who are asleep, that you may not grieve as others do who have no hope. 14 For since we believe that Jesus died and rose again, even so, through Jesus, God will bring with him those who have fallen asleep. 15 For this we declare to you by a word from the Lord, that we who are alive, who are left until the coming of the Lord, will not precede those who have fallen asleep. 16 For the Lord himself will descend from heaven with a cry of command, with the voice of an archangel, and with the sound of the trumpet of God. And the dead in Christ will rise first. 17 Then we who are alive, who are left, will be caught up together with them in the clouds to meet the Lord in the air, and so we will always be with the Lord. 18 Therefore encourage one another with these words.

The apostle Paul wrote to early believers regarding what happens to believers at the Lord’s coming. He did not want them to be “uninformed” but to have hope.

The order of events

This teaching was to be a source of encouragement for believers. The phrase “caught up” in verse 17 is the word from which the word “rapture” is derived.

56 The sting of death is sin, and the power of sin is the law. 57 But thanks be to God, who gives us the victory through our Lord Jesus Christ.

58 Therefore, my beloved brothers, be steadfast, immovable, always abounding in the work of the Lord, knowing that in the Lord your labor is not in vain.

When Paul wrote to the believers in Corinth, he spoke of Christ’s coming as a mystery. The areas he focused on in this passage include:

Like with the believers in Thessalonica, believers were to be encouraged by his teaching regarding Christ’s coming.

“Let not your hearts be troubled. Believe in God; believe also in me. 2 In my Father’s house are many rooms. If it were not so, would I have told you that I go to prepare a place for you? 3 And if I go and prepare a place for you, I will come again and will take you to myself, that where I am you may be also.

On the night He was betrayed, Jesus told His followers He would return to the Father’s house to prepare a place for His people. He also promised to return, noting:

All three passages focus on Christ returning suddenly for the dead in Christ, living believers, spending eternity with Jesus, and comforting believers with these words.

The Bible is clear there will be a rapture, but many believers debate the timing of the event. Though there are many views on this topic, two views are most common.

First, some interpreters hold to a post-tribulation view of the rapture. This means they believe Jesus will come at the end of the seven-year tribulation predicted in Revelation to fulfill these promises.

Second, others hold to a pre-tribulation view of the rapture. Those who hold this view believe Jesus will come at any moment, before the tribulation, and will take believers to heaven with Him. At the end of the tribulation, He will return to earth to defeat His enemies and then set up His millennial kingdom.

Though much has been written about both views, two reasons to support the pre-tribulation view include the focus on Jesus returning at any moment and the many differences in the descriptions of the rapture (in the passages above) and the return of Jesus described in Revelation 19 and elsewhere. [maybe link our program or article on this]

In our series “The Biblical Case for the Rapture of All Christians,” Dr. Ankerberg discusses these and other important issues regarding the any-moment return of Jesus.

What is the Rapture: Go Deeper