What Does the Bible Say about Dinosaurs? 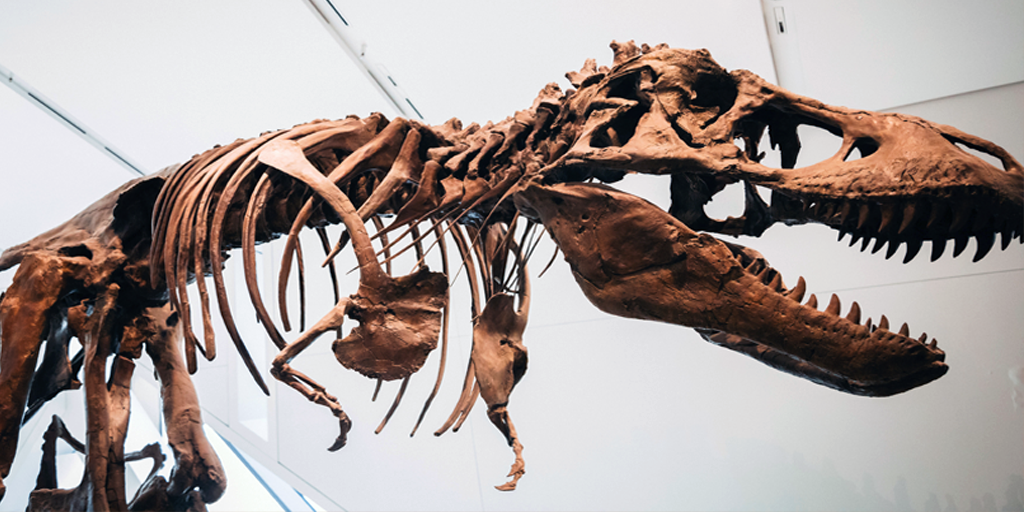 What Does the Bible Say about Dinosaurs?

The answer to this question depends on how one interprets Genesis 1-2.

Those who interpret the seven days of creation literally hold that God created dinosaurs along with the other land animals on day six, about 6,000 years ago. Like the rest of the land animals, Noah brought dinosaurs on the ark (most likely as babies). Since the living conditions were better back then (for example, Genesis 9:29 says Noah lived for 950 years), dinosaurs could have easily grown to their massive size.

But as the living conditions diminished, so did the size and diversity of dinosaurs. Some propose that humanity also hunted various species to extinction for food and safety.

Although the term “dinosaur” (meaning “terrible lizard”) was not coined until 1841, the Bible references them almost thirty times with the Hebrew word, tanniyn (commonly translated: “dragon,” “sea monster,” or “serpent”). Behemoth and Leviathan are two other terms which the Bible possibly uses to describe dinosaurs.

Proponents of the Young Earth view are skeptical of these dates. They point out the lack of certainty and consensus on many issues related to dinosaurs. They find the recent discovery of soft tissue such as collagen and blood vessels to evidence a much more recent dating.

They note that the flood would have provided the perfect conditions for fossilizing the dinosaur bones we have today.

Moreover, drawings of dinosaurs and dragons are found among ancient civilizations worldwide. They question how this can be such a global phenomenon if these creatures never lived alongside humanity.

Those who interpret the biblical word yom not as “day” but “era” find there to be no contradiction between Genesis 1-2 and the findings of modern science. For them, the Big Bang is a scientific observation of how God spoke the universe into existence. They note that the Big Bang requires a theistic worldview since it was caused by something outside of space and time.

Those who hold this view are fine to accept that dinosaurs lived and died millions of years ago. Although they may assign the biblical terminology of tanniyn, behemoth, and leviathan to dinosaur-like creatures, they do not try to equate them with fossil records from the Triassic, Jurassic, and Cretaceous periods. The Bible makes no mention of these.

Common objection: How could the dinosaurs die millions of years before the fall? I thought there was no death until sin entered the world.

Those who hold to the Old Earth view do not find this objection to be based upon a fair reading of Scripture. First, the Bible only says that there was no human death before sin. In key passages like Romans 5:12, the focus is entirely on humanity: “Therefore, just as through one man sin entered into the world, and death through sin, and so death spread to all men, because all sinned” (NASB). The Bible never says that animals were immortal until the fall.

Third, Genesis 3 presents Satan, and thus evil, present on earth before the fall. One must remember that the fall of humanity was not the first fall (cf. Revelation 12:9).

Fourth, in Genesis 1:28, God commands Adam and Eve to “fill the earth and subdue it” (NASB). The language of “subdue” implies that chaos remained at least partially. Advocates of the Old Earth view find predatory animals to be part of this chaos that existed outside the garden.

In either case, the Bible offers ways to handle the issue that are consistent with the integrity of God’s Word.

Go Deeper on What Does the Bible Say about Dinosaurs