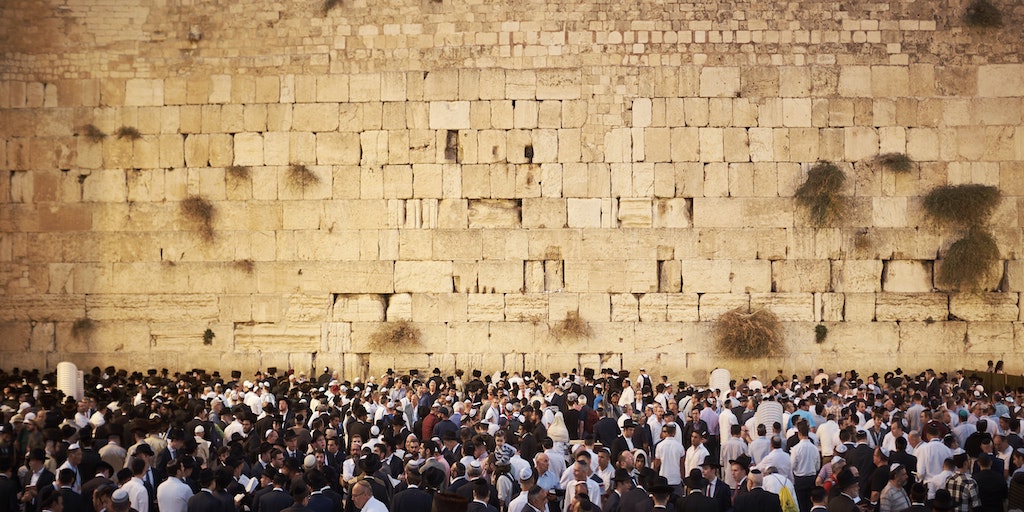 Revelation 7:4 notes a large group of people in the end times that has long been a source of mystery among Bible readers. It says, “Then I heard the number of those who were sealed: 144,000 from all the tribes of Israel.” After these words, 12,000 from each tribe of Israel are listed. Who are these 144,000 in Revelation?

Taken literally, this number represents 144,000 Jews who will live in the last days. This will take place between the sixth and seventh seals of the seven-year tribulation period described in Revelation. Revelation 7 and 14 list several characteristics of this group of Jews.

First, they will be Jewish believers in Jesus the Messiah. Revelation 7:4 notes these individuals will be “sealed.” This is a term used throughout Scripture to indicate a person who belongs to God or who has received salvation. Revelation 14:3 adds they “had been redeemed from the earth.”

Second, the 144,000 will be men. Revelation 14:4 indicates they “did not defile themselves with women,” indicating Jewish males who will remain celibate to serve the Lord in the last days.

The context does not, however, indicate a lack of Jewish women who will believe in Jesus in the last days. There will likely be many more than 144,000 Jewish believers during the tribulation, both men and women. Many will believe through the message of this group of people, as well as through the ministry of the two witnesses described in Revelation 11.

Third, the 144,000 will be faithful believers. Revelation 14:5 indicates, “No lie was found in their mouths; they are blameless.”

Fifth, they will last until the fall of Babylon during the tribulation. Revelation 14:8 first notes the fall of Babylon, which takes place immediately following the final description of the 144,000 who are with the Lamb (Jesus) on Mount Zion (Jerusalem).

Some believe these Jewish believers will not die during the tribulation period. This may only be true of some of the 144,000, as this is not specifically mentioned. Regardless, they will be with Jesus when He returns to Jerusalem at the second coming at the end of the tribulation, indicating their role as believers and their nearness to the Lord.

The pretribulation view of the end times would indicate the following order of events. First, the rapture will take place at any moment, with all believers in Christ going up to heaven with the Lord (1 Thessalonians 4:13-18). Second, a seven-year period of tribulation will follow. During this tribulation, the 144,000 will serve as part of God’s last-days revival to lead many Jewish people to the Lord. At the end of the seven-year tribulation, Christ will return at Armageddon with all believers from heaven, defeat His enemies, and begin a 1,000-year millennial kingdom in Jerusalem with all believers, including those turning to the Lord during the tribulation who are alive upon His return (Revelation 19). After this 1,000-year period, a final rebellion and judgment will take place, following by the creation of the new heavens and earth (Revelation 20-22).

It is important to note Jehovah’s Witnesses have used this group of the 144,000 in a very different manner. In its teaching, the 144,000 are a special group of faithful witnesses who will spend eternity with God in a higher realm than other witnesses who will experience an “earthly hope” with Christ in this world. However, this interpretation radically changes the original meaning of the passage regarding Jews who serve Jesus in the last days.

The 144,000 have long served as a source of intrigue among those interested in Bible prophecy. However, their identity and function are not difficult to determine. A close look at the surrounding events and the details of the passages including these individuals provides a clear picture of many Jews who will turn to Jesus as Lord in the last days. Even during the earth’s most troubling times, God will continue to fulfill His plan to turn many of His chosen people to faith in the Messiah (Zechariah 12:10; Romans 14:4).